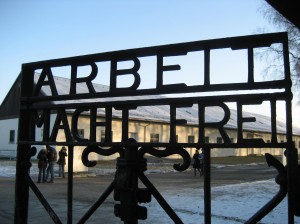 In English, "work clears." In other words, work will make you free.

A few days ago, on a bitterly cold but brilliant, sunny day, we decided to take a road trip to Dachau, the sight of the first concentration camp in Germany. Located just outside of Munich, Dachau is less than two hours from our home near Stuttgart. 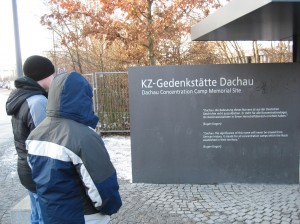 We learned this camp, which was built to originally house just 6,000 prisoners, served as the “model” for all other concentration camps. In the 12 years of its existence, over 205,000 people were imprisoned there, and over 45,000 (recorded; there were most likely any more) perished. Kent had visited the memorial about ten years ago on a previous trip to Germany, and I have always felt that a visit would be worthwhile and informative. But up until now, the emotional nature of the topic always seemed too heavy and complex for young children to comprehend. However, my boys and I have watched the Diary of Anne Frank and The Hiding Place in recent months and we discussed the issues of the holocaust, Adolf Hitler, and WWII at length. Kent and I felt it was an appropriate time for them to witness a place and a part of history which should be understood and remembered. 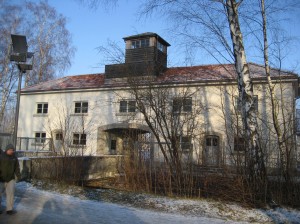 The building with the gate through which all prisoners passed.

I was a little apprehensive about visiting the memorial site, not knowing how the German people have handled this part of their country’s past. I must say however, I was very impressed with the entire memorial and historic site. The subject content was presented in an informative and respectful way in regards to the the thousands who passed through the gates at Dachau between the years of 1933 – 1945, and it honored those whose lives were lost while imprisoned inside those gates. 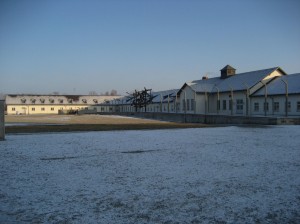 Part of the main administration building which now houses the information center.

Inside the former administration building of the memorial, a documentary video is shown in English several times per day. We all watched the video. I watched the boys’ faces to see their expressions; giving their hands a squeeze when appropriate. It was difficult material to watch. After the video, we walked through the memorial reading the placards and signs and seeing some of the artifacts such as the prisoners’ lockers, personal items left behind, and whips used by the SS guards.

Then we walked outside to the only barracks left standing to see where thousands of prisoners lived in crowded, inhumane, unspeakable conditions. Because of the extremely cold temperatures on the day of our visit, it was almost inconceivable to imagine similar winter conditions so many people had to endure without proper clothing, nourishment, and shelter from the frigid cold. 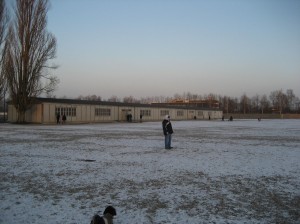 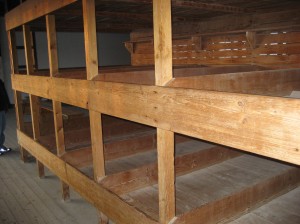 Even though our boys are young, this visit opened up a very meaningful dialogue between us. They asked a lot of questions. We talked about the fact their grandparents not only lived through this barbaric time, but that their grandfathers served in the military during WWII to help bring about freedom and liberation to the thousands held captive in Dachau and many other concentration camps. 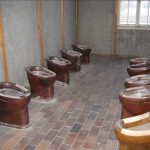 Seeing this place and walking in the footsteps where so many were persecuted and tortured brought this part of our world’s history up close and personal to each one of us. It’s one thing to watch a documentary on The History Channel from the comfort of your living room sofa; its a completely different thing to see and experience the actual place where so many lived lives of torment, disease, filth and despair.

It was a solemn visit; one without laughter or smiles, but a visit that was necessary and filled with purpose. I will remember the images and the spirits of those whose lives would be irrevocably changed forever at Dachau, or those whose lives ended there. And I will never, ever forget. 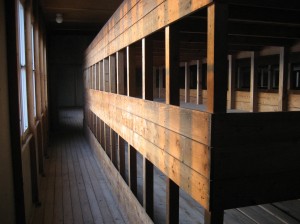 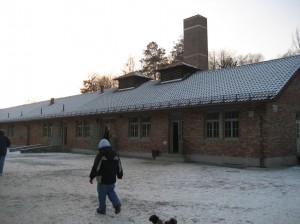 The crematorium. There were also gas chambers in this building which, according to records, were not used. No one knows for sure. 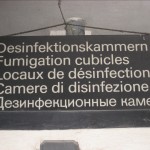 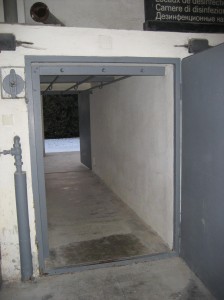 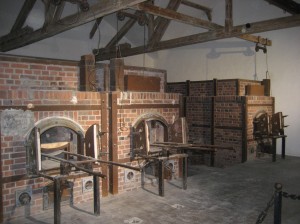 Bodies were cremated in these ovens until they ran out of coal near the end of the war. Hangings were also carried out in this room from the wood beams. 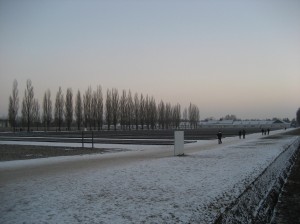 These trees were standing at the time of the holocaust 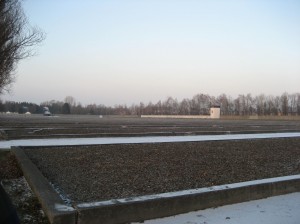 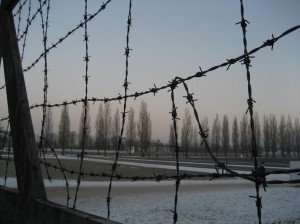 You could just feel the despair.... 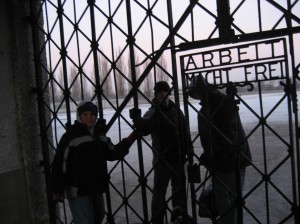 We all appreciate the price of FREEDOM and everything it entails a little more.

Corrie ten Boom, who spent a number of years in a concentration camp at Ravensbrook for hiding Jews, and whose own life was depicted in the movie, The Hiding Place, once said, “There is no pit so deep that God is not deeper still.”