Do you know Jim and Andy?

If not, you should.

Allow me to introduce Jim Smith and Andy Brunhammer. 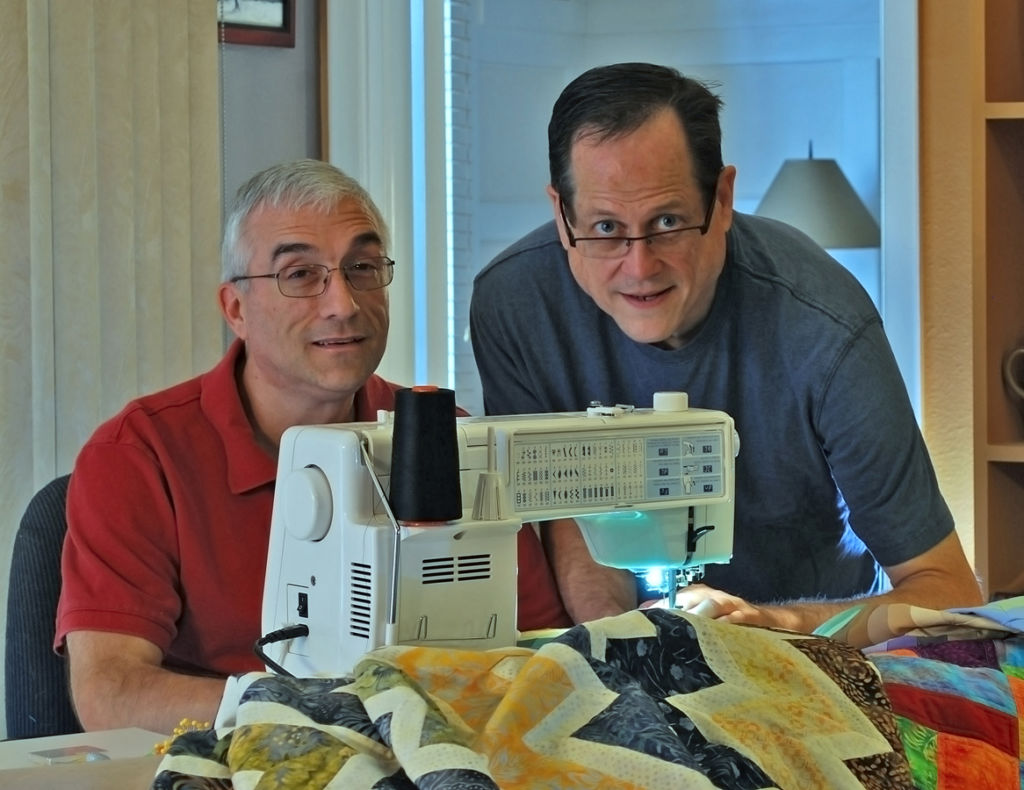 These guys are, in a word, AMAZING. 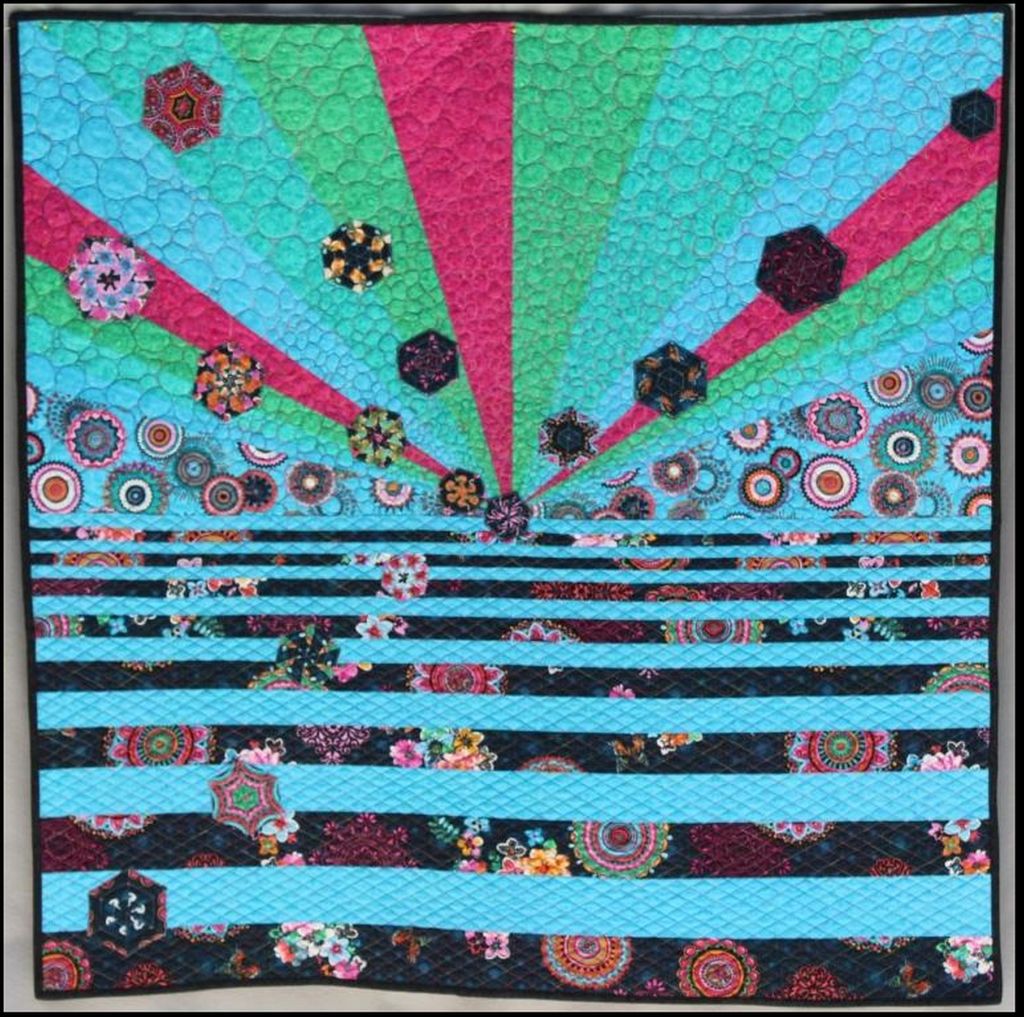 Sea and Sky, by Jim Smith and Andy Brunhammer

To give you a little background, I met Jim and Andy through a local quilt guild in 2010 when we lived in Tampa, Fl. They are such interesting and talented quilters — devoted Janome lovers — and have such a passion for tackling important issues, challenges, and continually stretching themselves creatively. I have followed their careers and artistic endeavors through the years, and helped on occasion when they’ve asked for advice or direction. It is such an honor to be associated with them and I know you’ll be interested in learning more about them, their quilts, and especially their new Hope Project which is a fantastic collection of 50 quilts made with 1000 origami-style, paper pieced cranes! Their work has been exhibited around the world and I’m sure they will continue to gather a wonderful following of quilters and fans as their popularity grows! 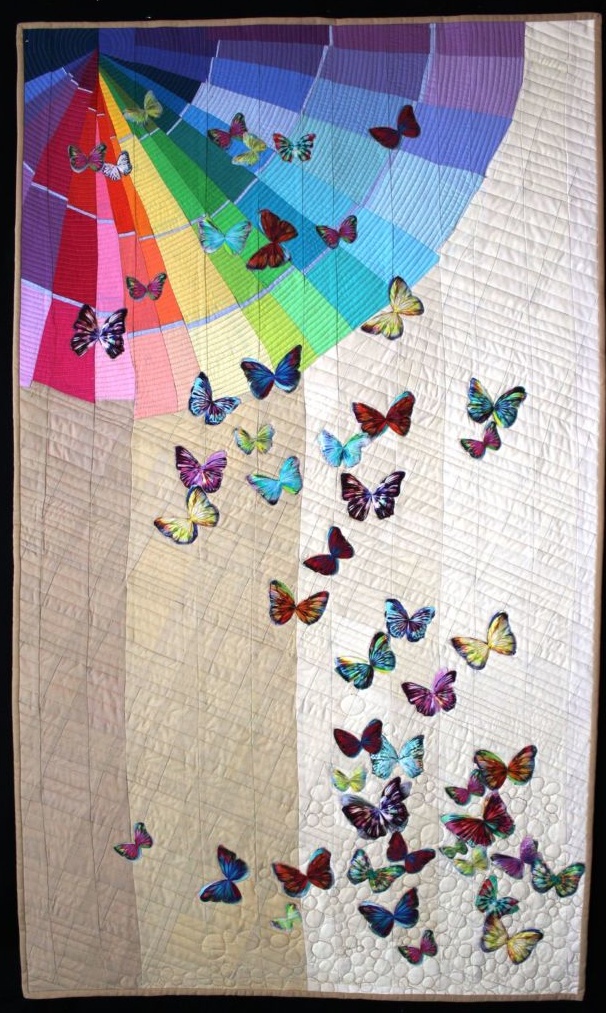 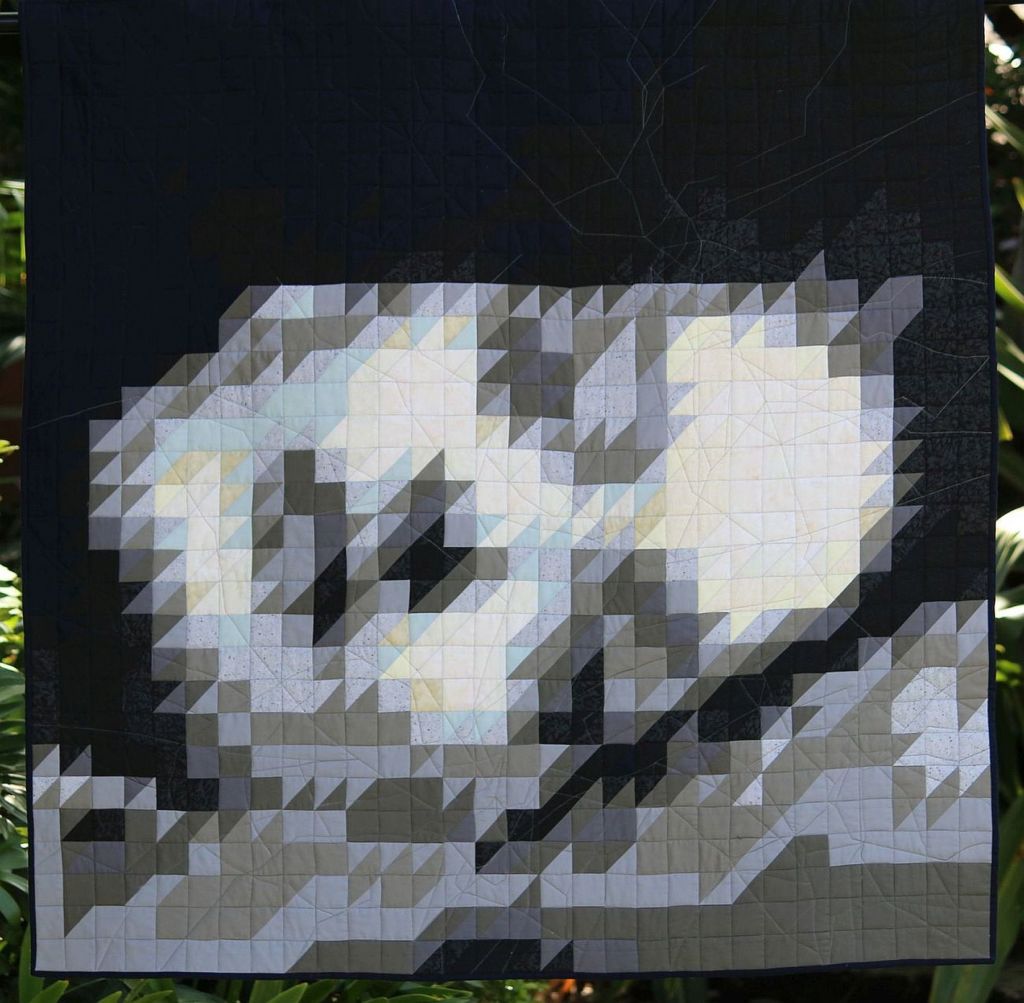 (To really see the image, step back from your screen a bit.)

Now retired Bankers, and as of 2010 and 2017, Andy and Jim decided to try to spend as much time as possible creating and experimenting with quilt designs, fabrics, their machines, and thread. 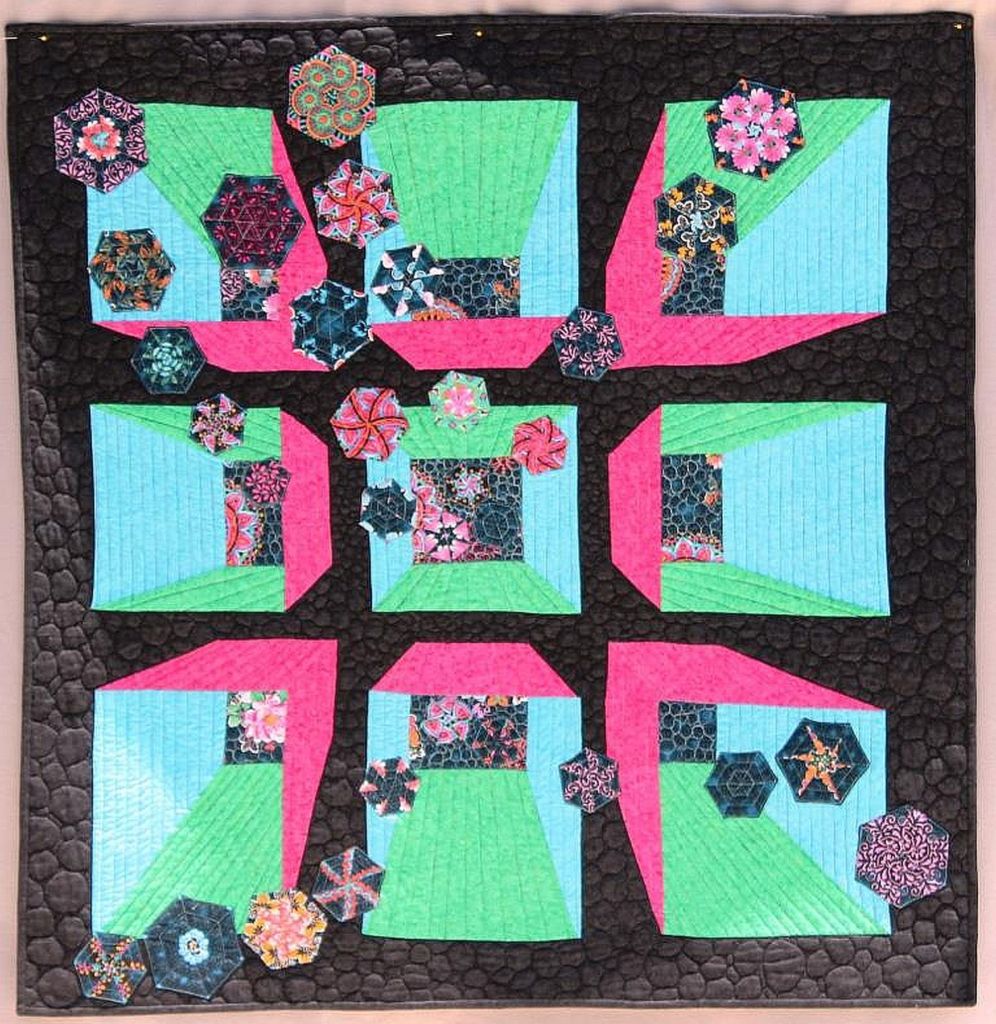 Jim’s degrees are in Bachelor of Education – Secondary English and Communication and Master in Organizational Management.  Andy’s degree is in the field of Textile Engineering and both worked on their Master of Business Administration. All their quilt projects are completed in Tampa.  Andy and Jim try to create, design, borrow, and beg their ideas from the past, the present, from those artists much more experienced, and at times from that which takes their fancy.  Jim is constantly saying that he now understands why he took so many trigonometry and analytical geometry classes in the past. Both are always eager and willing to learn with each new quilt project, and now spend as much time as possible honing their skills. 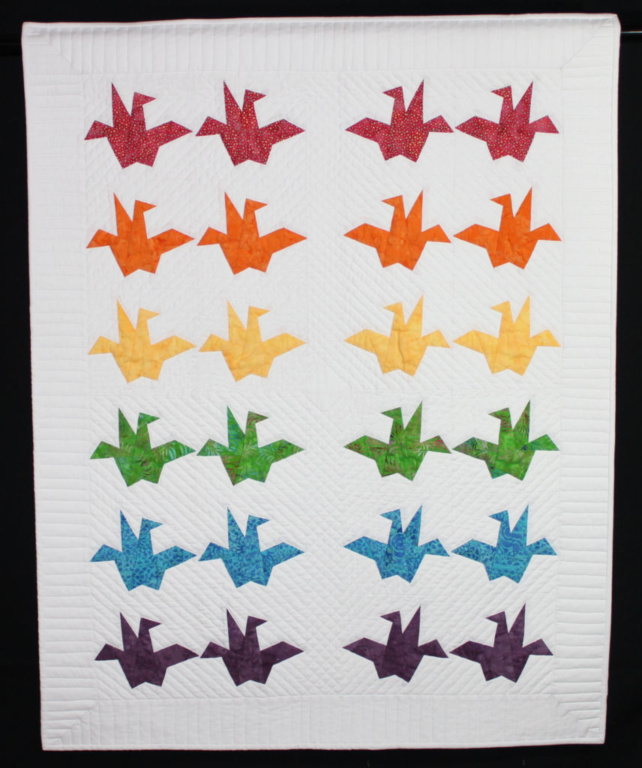 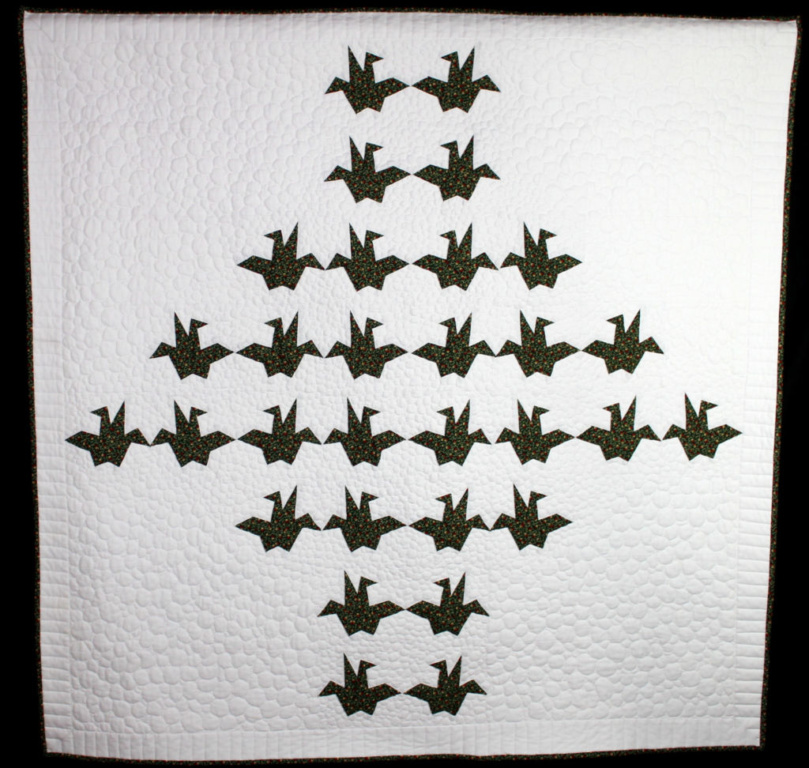 Not A Partidge, by Jim Smith and Andy Brunhammer

Jim and Andy are currently working on their Hope Project which as a portfolio of Origami Cranes on quilts and wall-hangings. The Project will include about 50 Cranes Quilts designed and created by them both. You’ll find all kinds of interesting reading on Jim’s blog by clicking HERE. 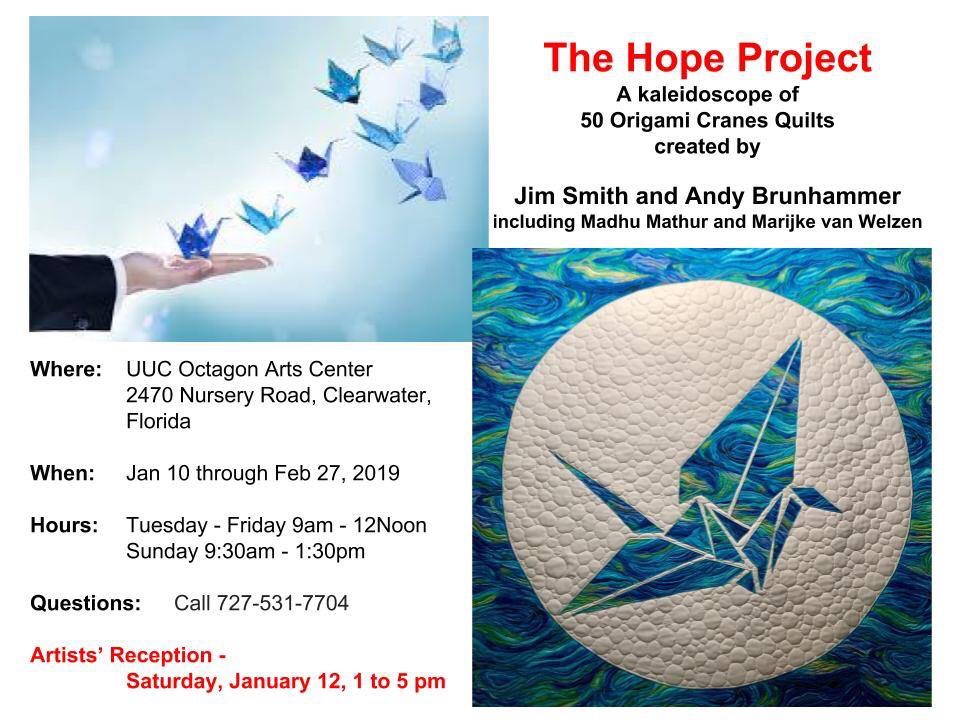 To read even more about the Hope Project, click on these links: 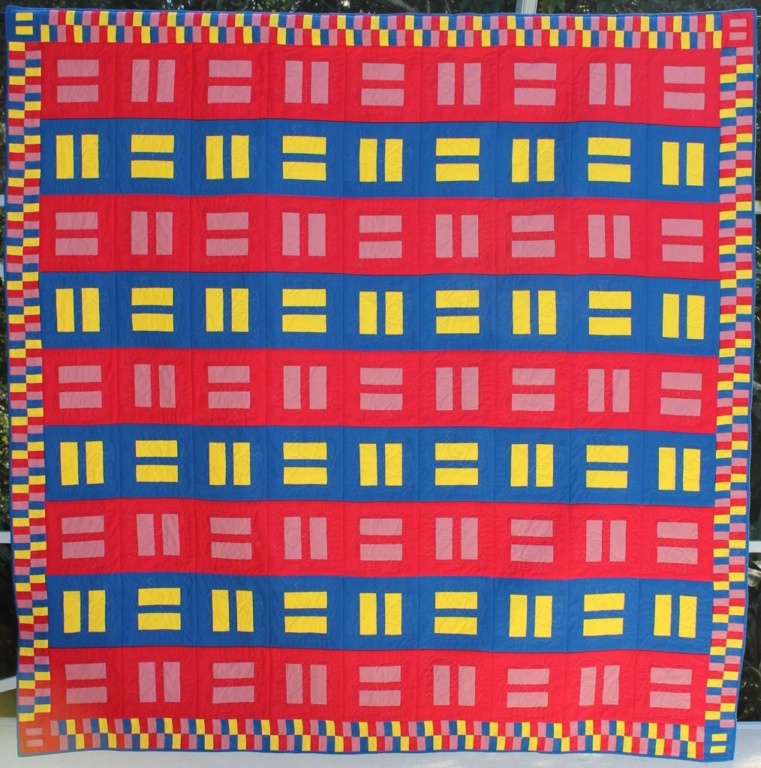 Other exhibits and shows include:

Awards, publications, and other recognition include:

I feel incredibly blessed just to know them and call them friends and I know we’ll continue to see great things from this dynamic quilting duo!