Last weekend, we took a trip to visit the area in Ohio where I spent my youth growing up. It was a special trip because my brother, sister-in-law, my husband and I took our folks’ ashes to be laid in their final resting place. We also spent the weekend visiting homes where we grew up and places that were special to us in one way or another. You can read about it HERE.  During this same trip, we stopped to visit the incredible Ohio Veterans Memorial Park which was built in Clinton, Ohio; the neighboring town from where I grew up. The memorial is so beautiful and it is truly worth a visit if you are anywhere in Northeastern Ohio. 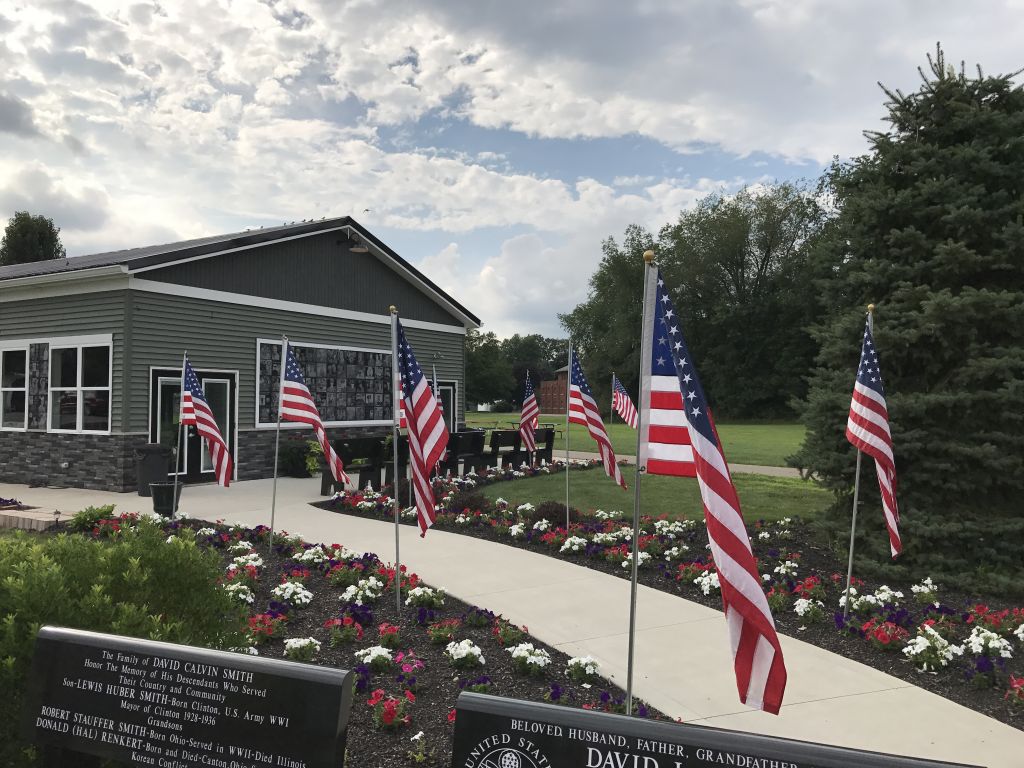 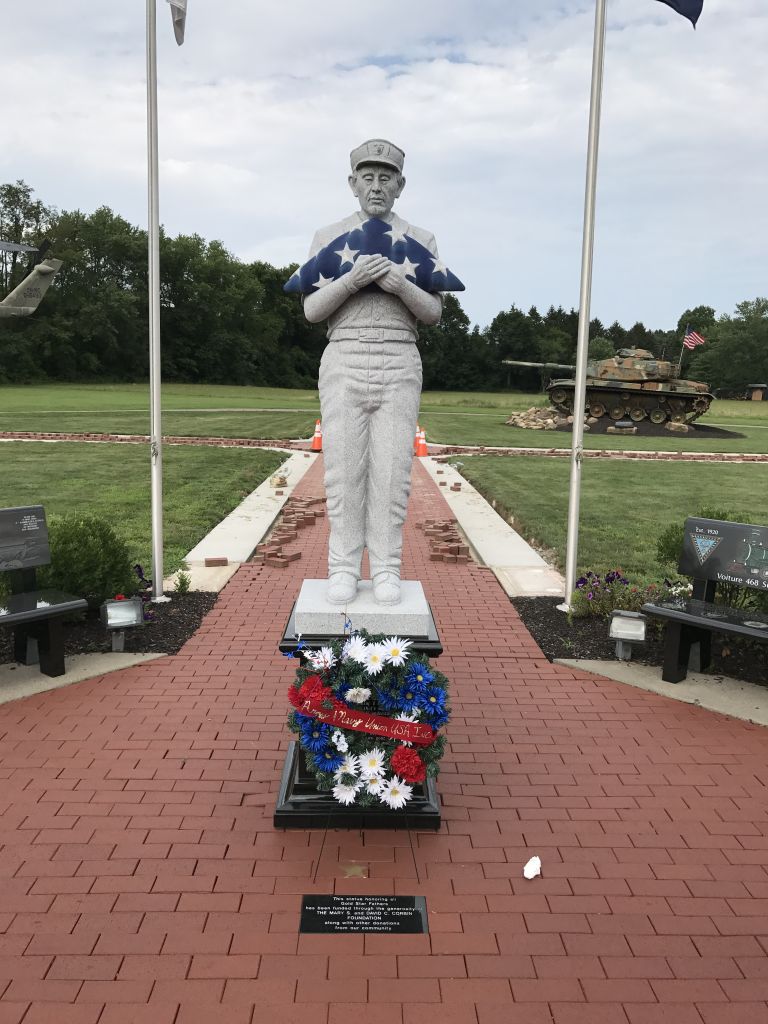 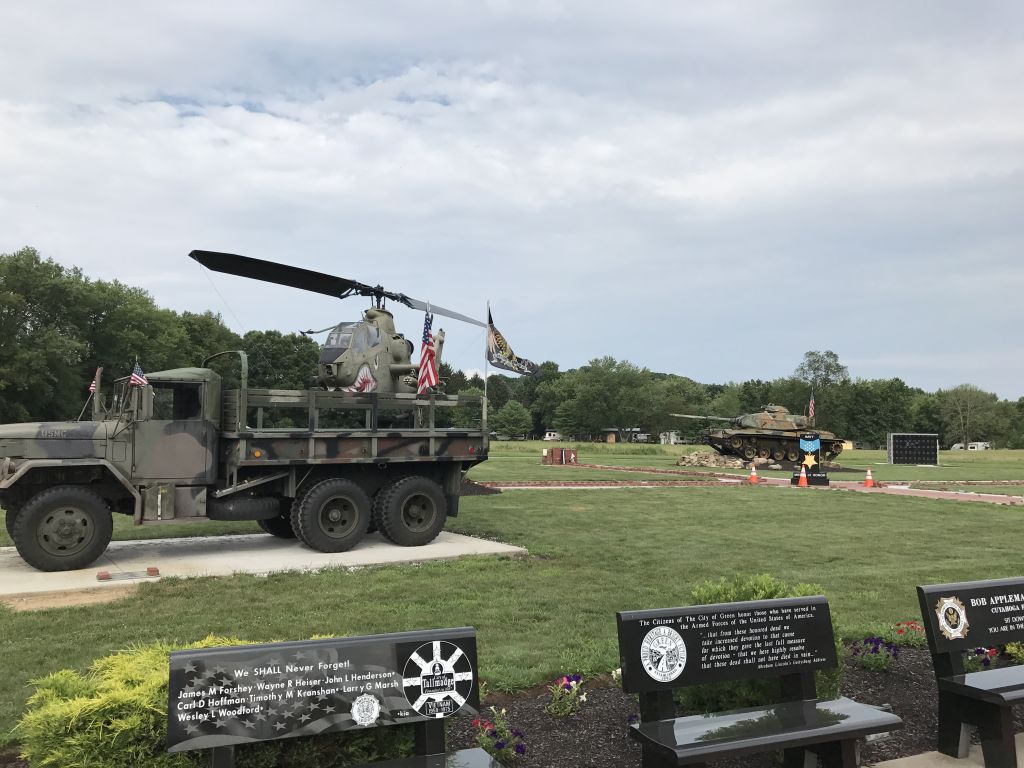 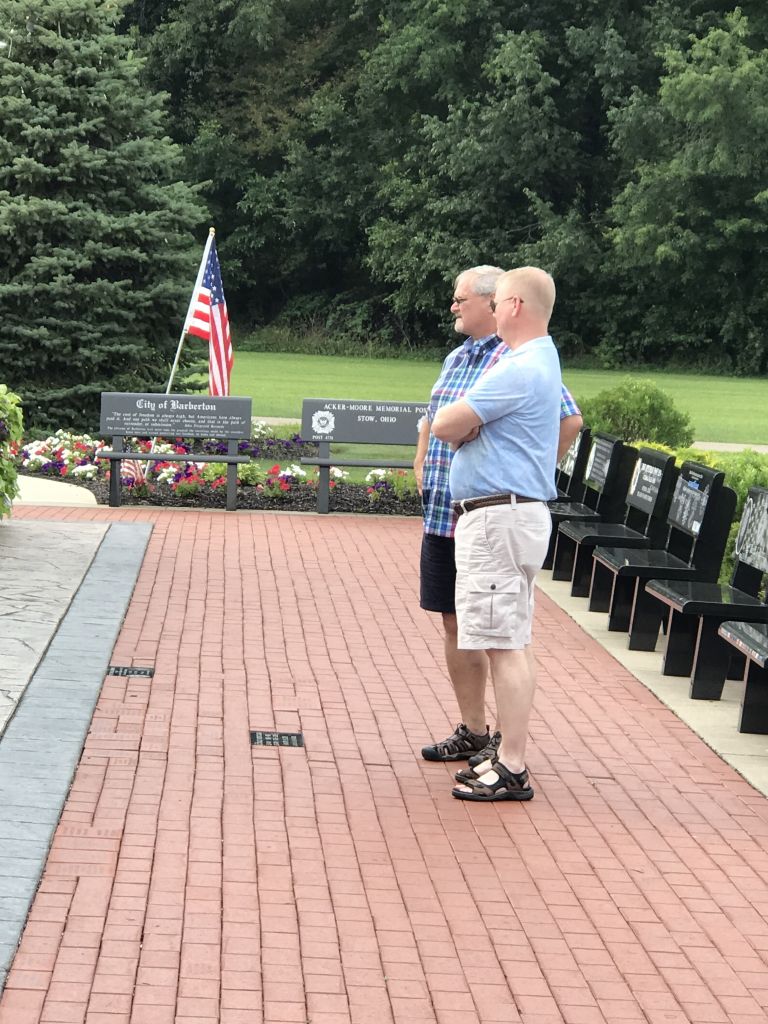 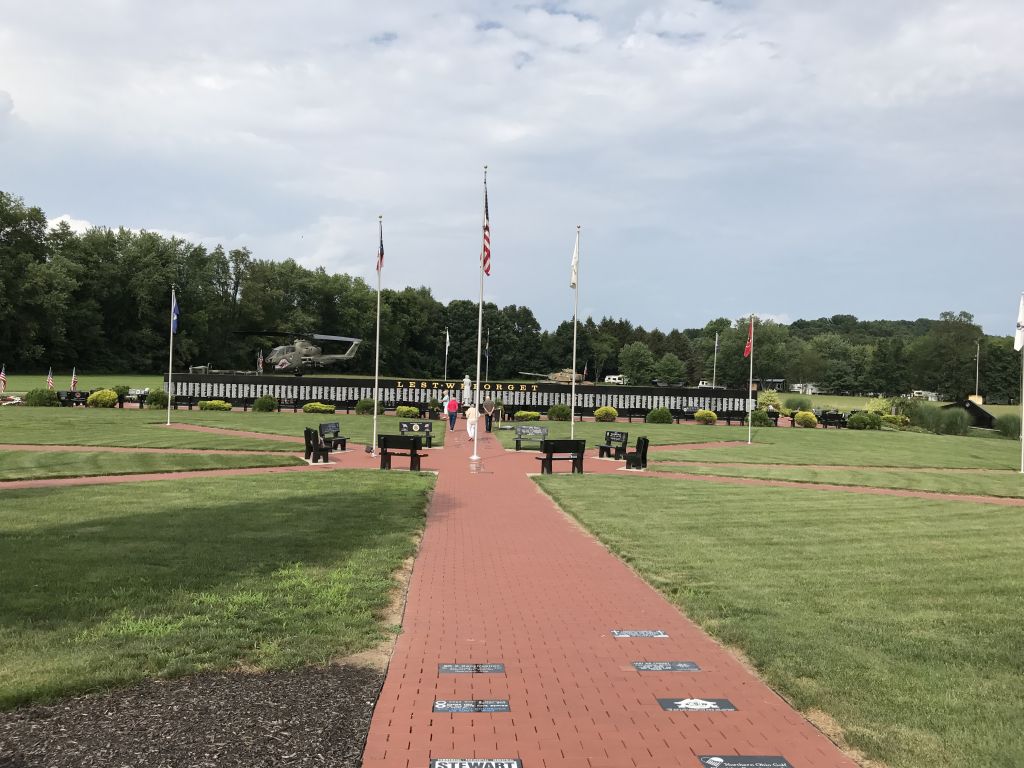 On Monday, my brother had made arrangements at the Ohio Western Reserve Cemetery in Seville, OH for a special service they hold for veterans. 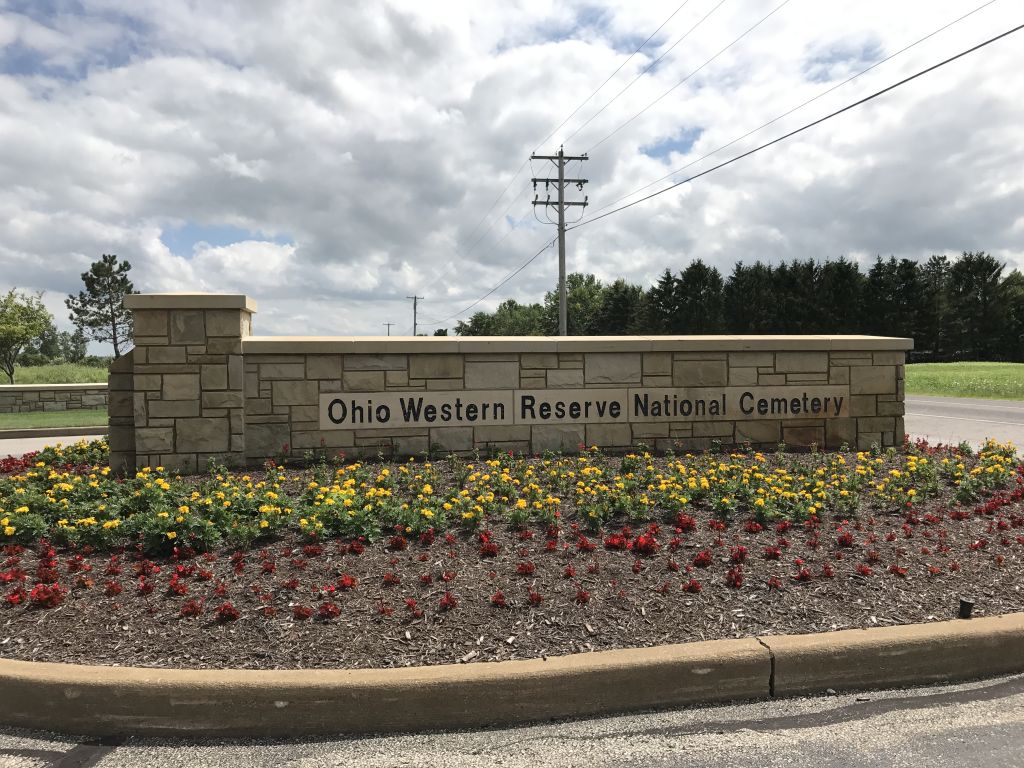 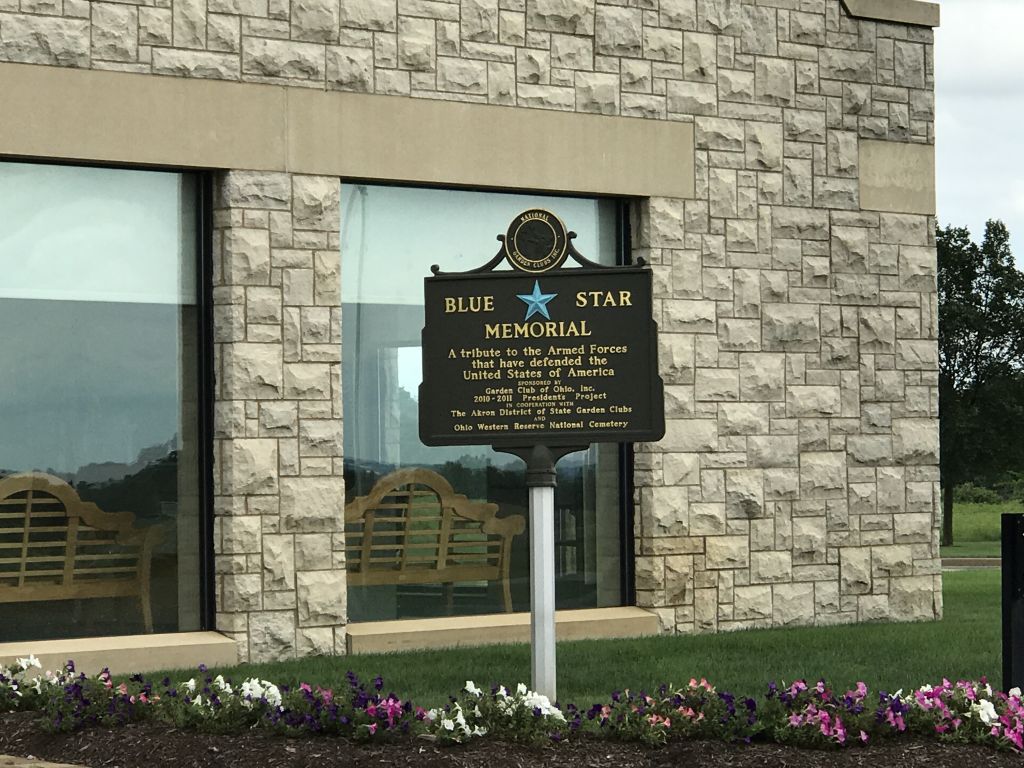 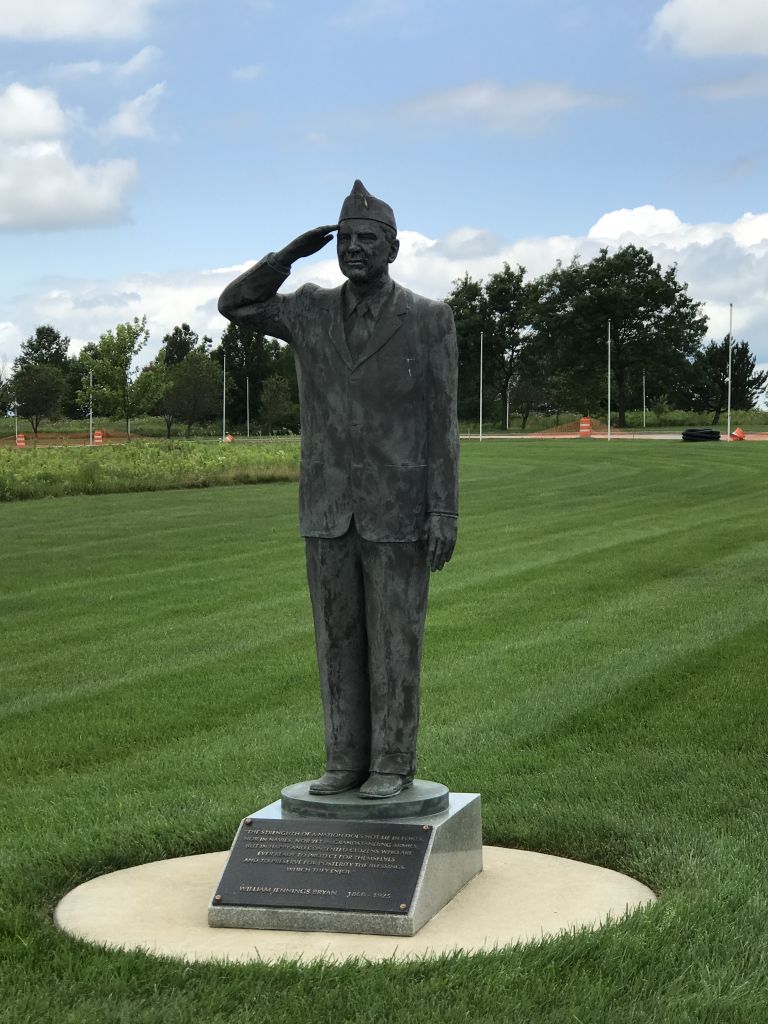 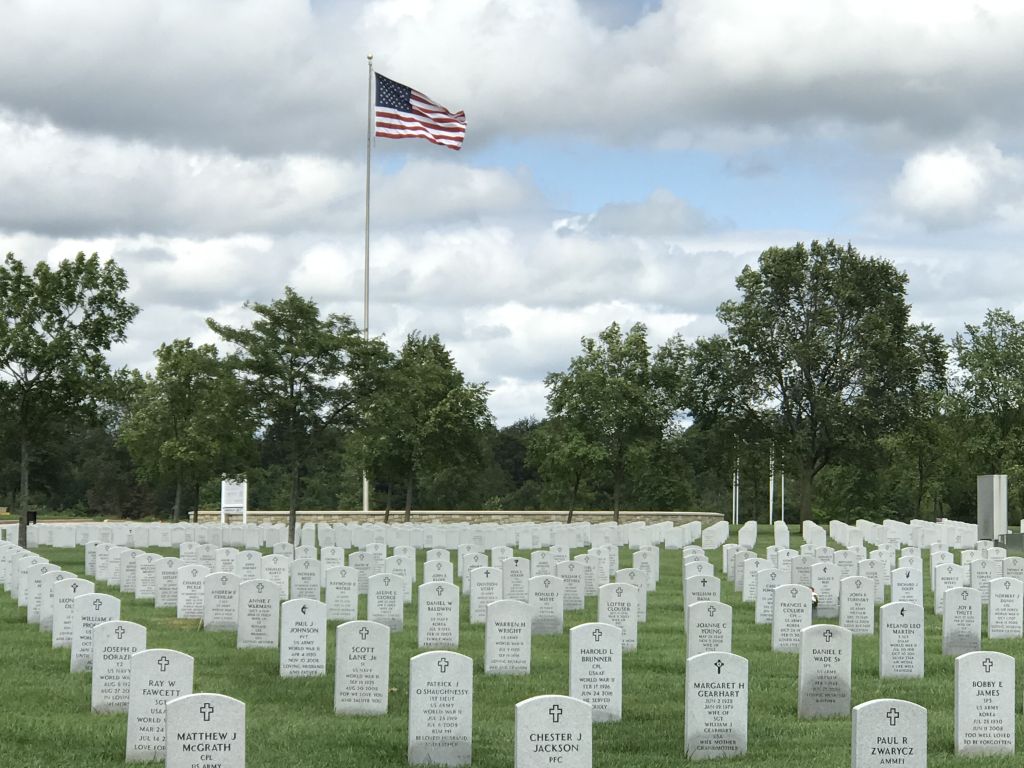 The cemetery is absolutely beautiful and impeccably manicured. Such a fitting place to honor those who have served our country, many sacrificing or paying the ultimate price. 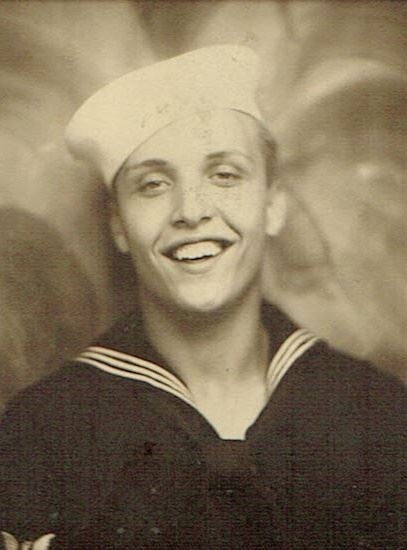 My father was an ensign in the Navy during World War II. He was in Normandy on D-Day and also served in the Pacific fleet. 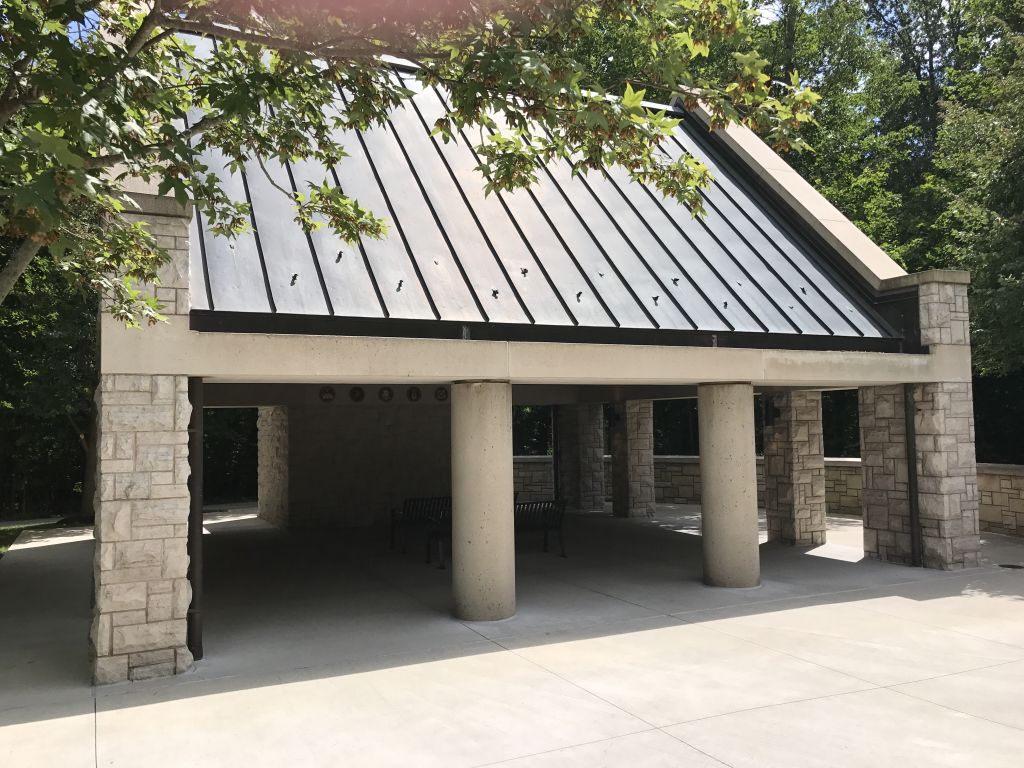 We arrived at a beautiful pavilion…… 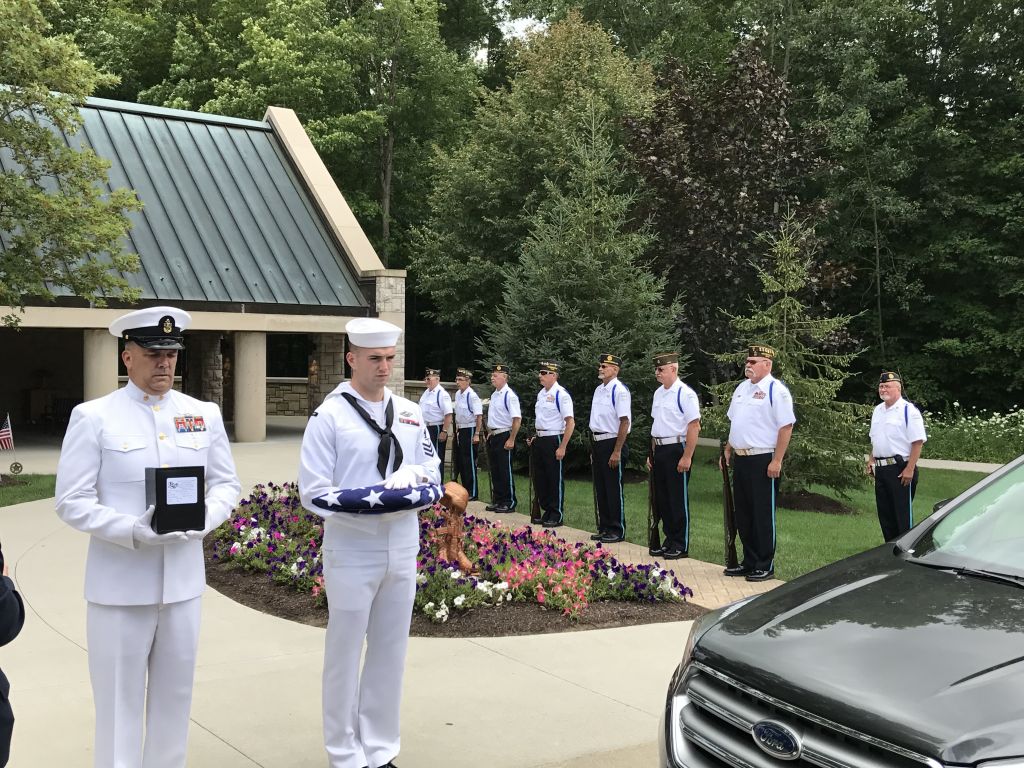 ….and were greeted by Navy representatives in uniform and a company of riflemen. 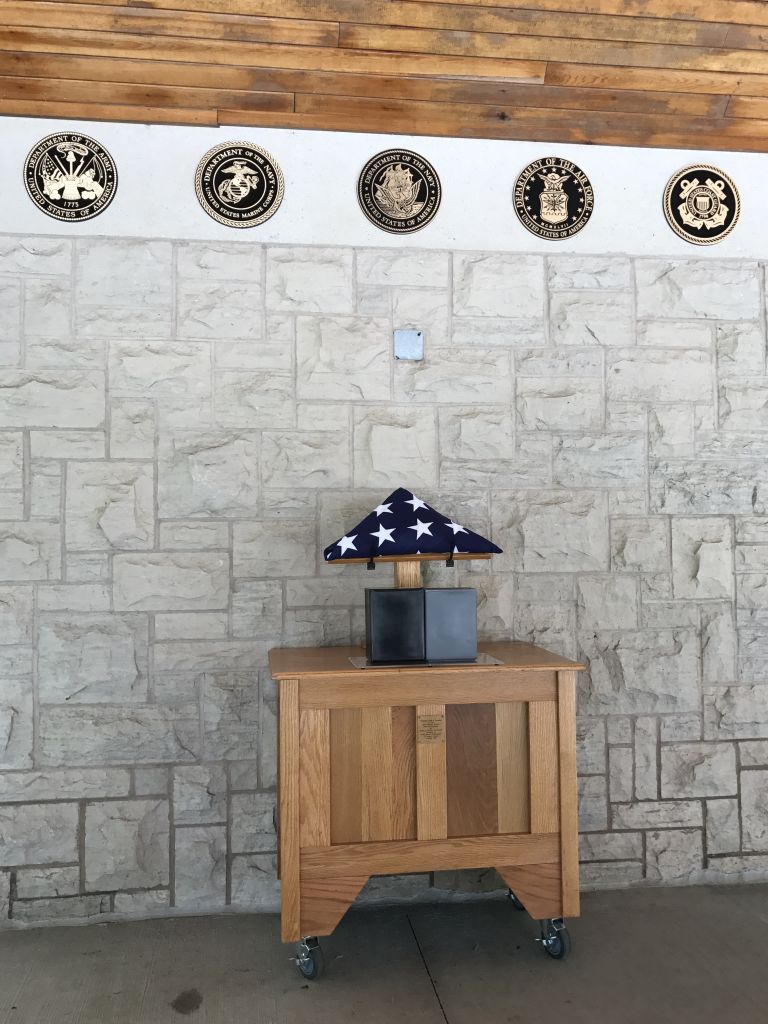 In the pavilion, there was a folded flag and my parents’ ashes. 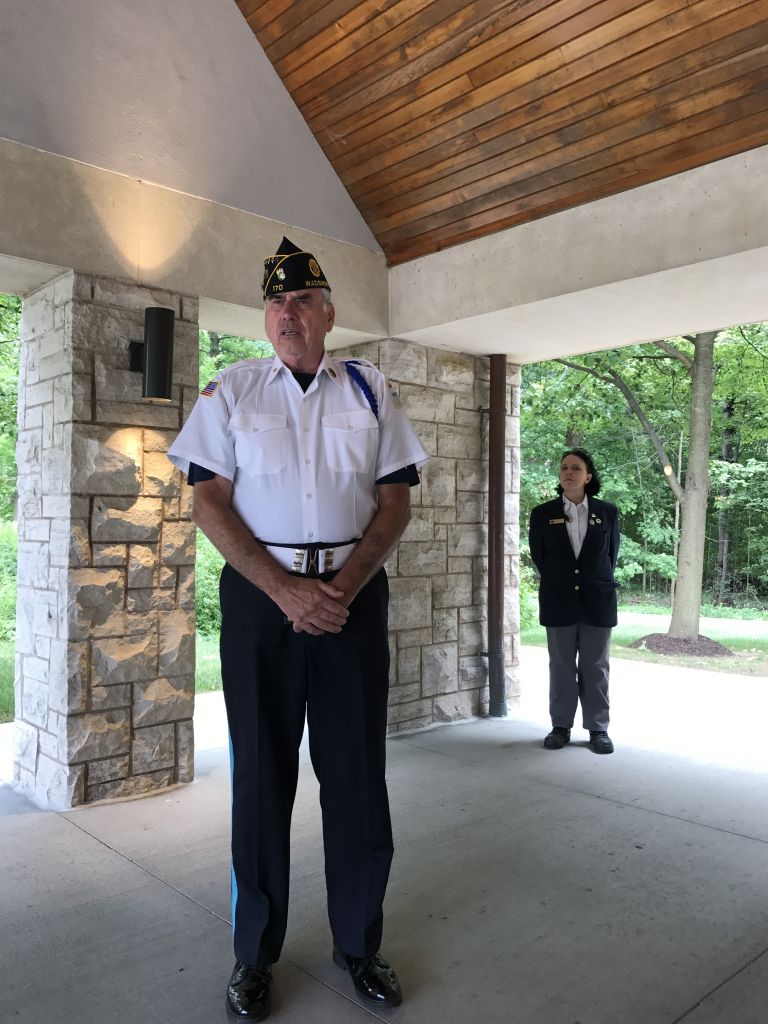 A chaplain said some brief, meaningful words about our country’s veterans and he gave a prayer. 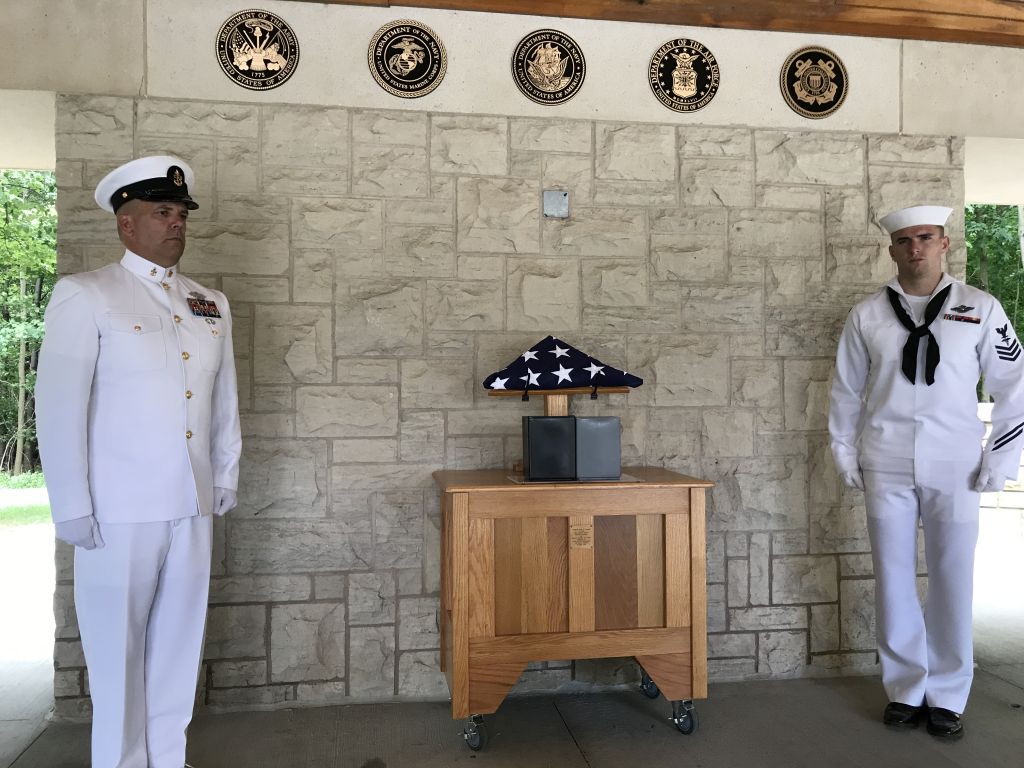 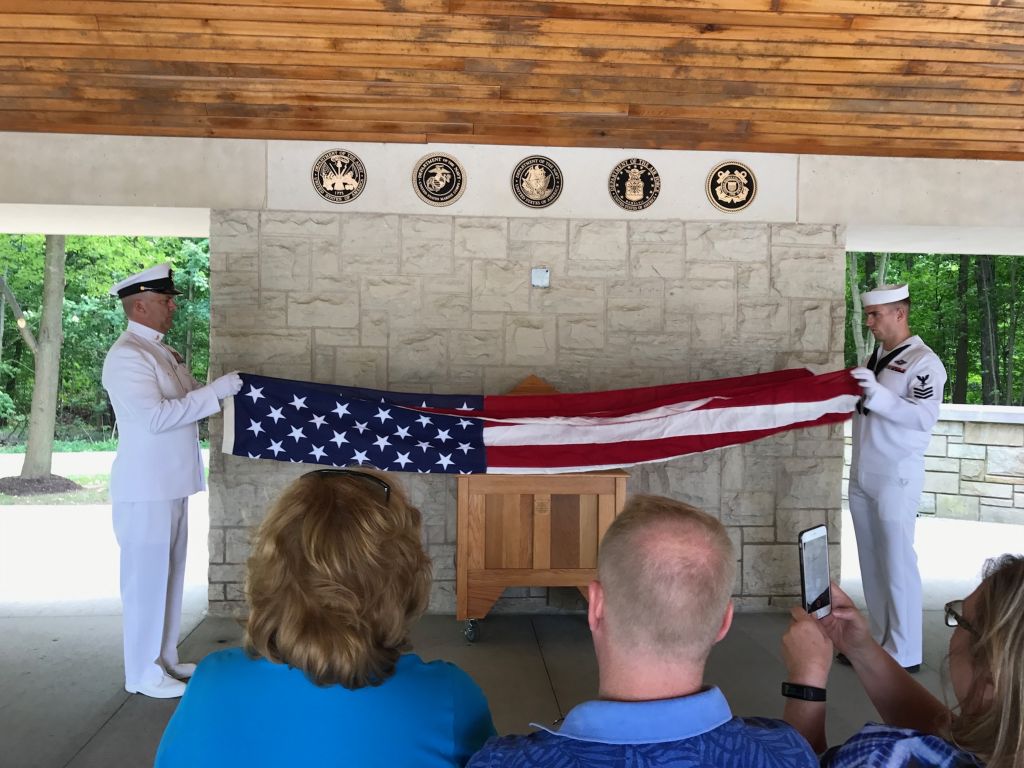 Taps was played and the servicemen folded the flag in a ceremony where there wasn’t a dry eye by any of us in attendance. 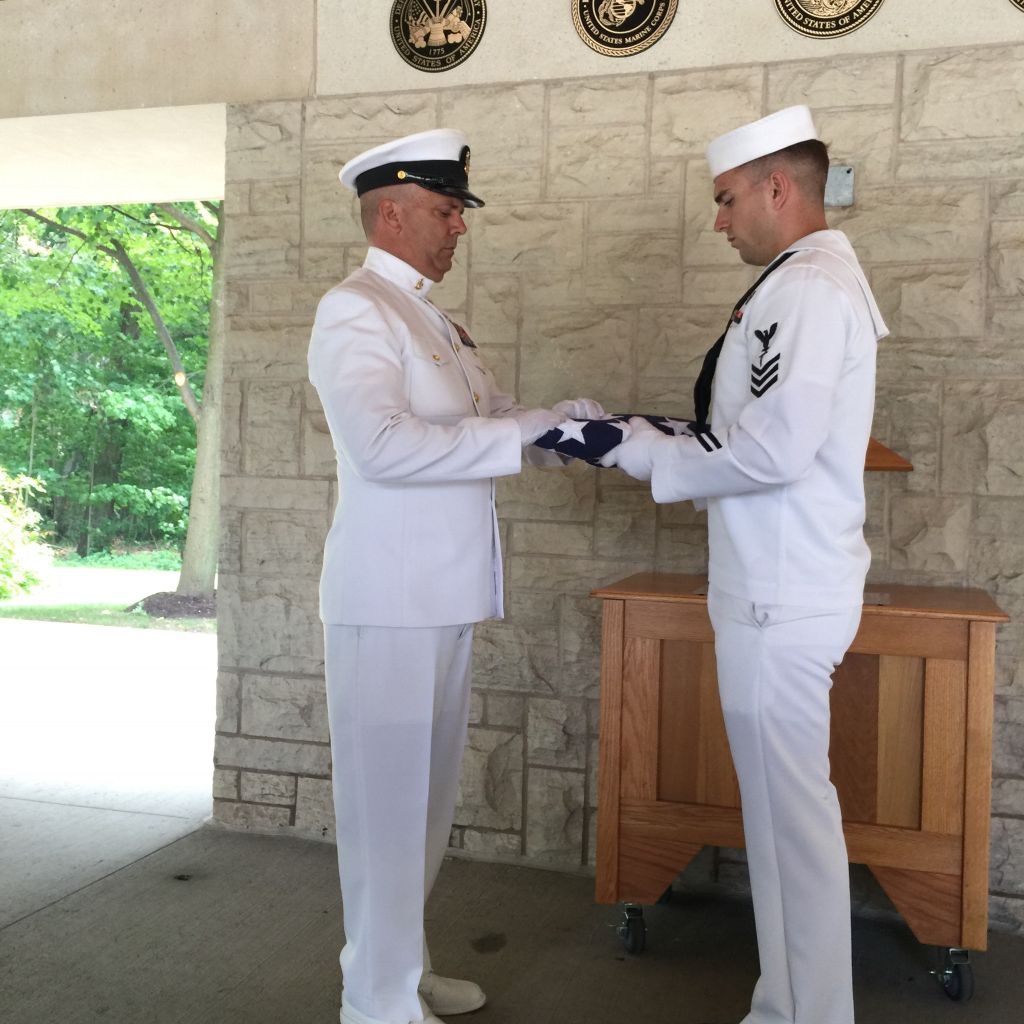 The flag folding ceremony was so beautifully and precisely executed. They presented me with the flag. 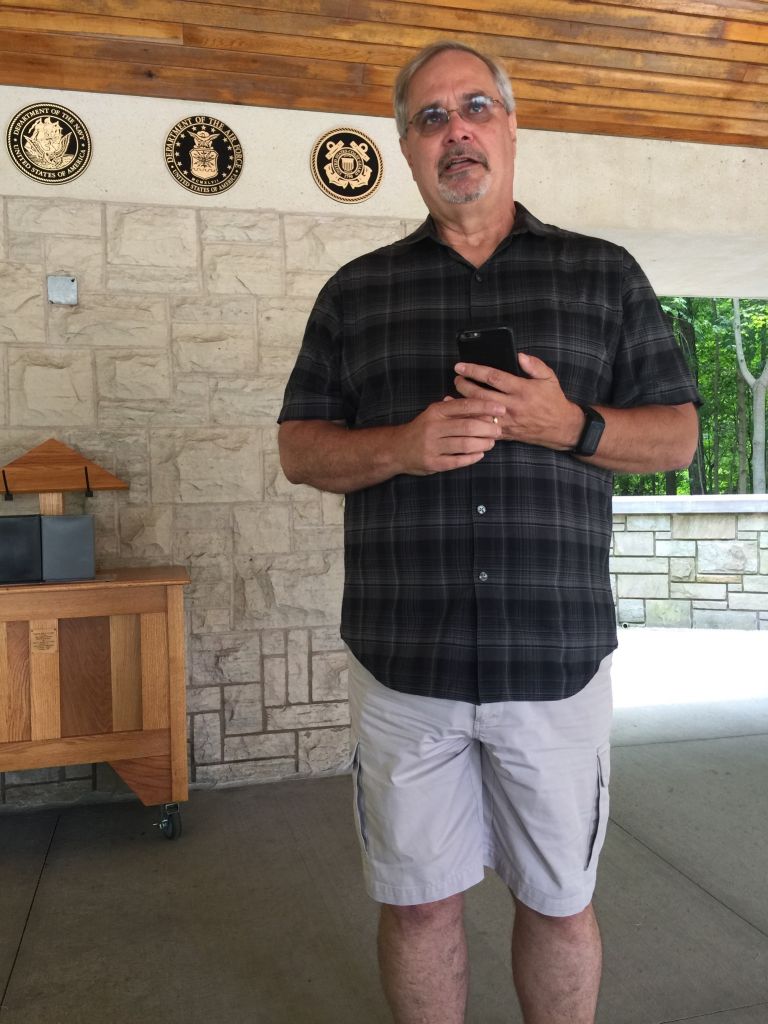 My brother said some words about my Dad which made the ceremony even more special and meaningful. The riflemen gave my father a 21 gun salute. 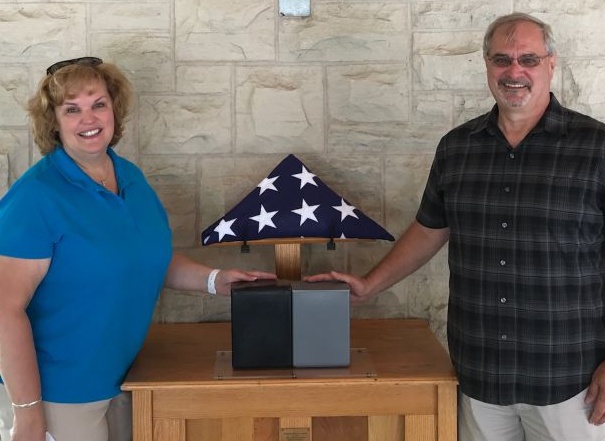 We may be smiling, but there were many tears. The ceremony was very moving and such beautiful closure on such a beautiful day. My parents, especially my Dad, would have been so incredibly proud. 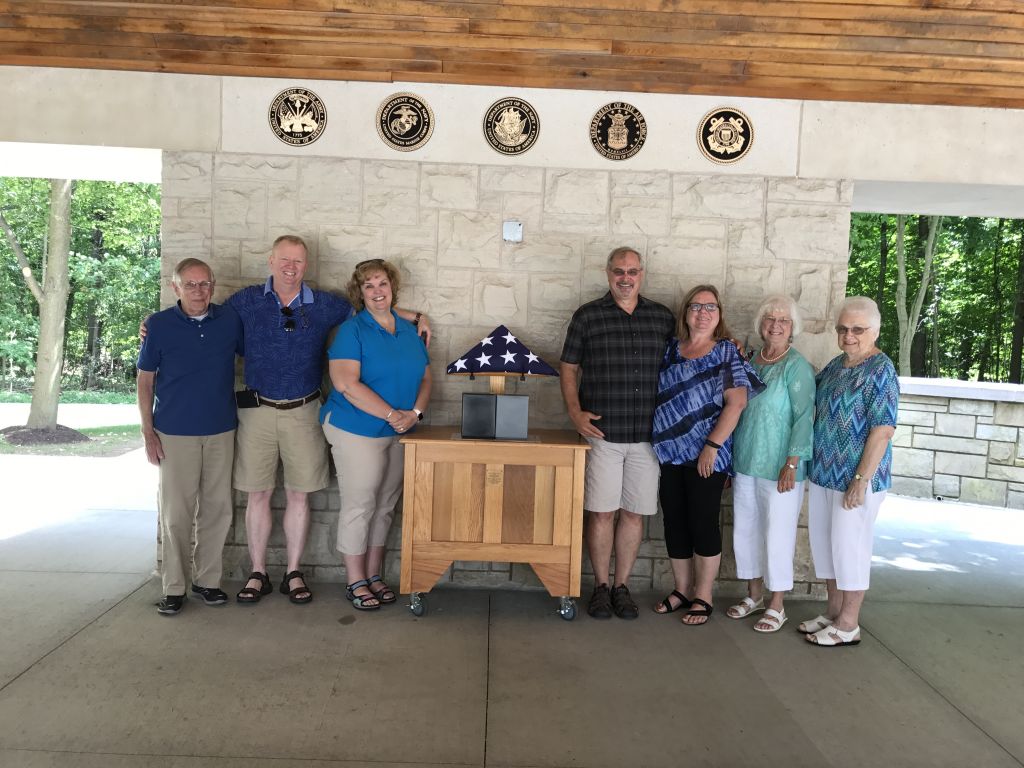 We were blessed to have some extended family and friends share this moment in time with us.