We wanted to do something special with the boys: take one special last trip before we make the transition back to the US. The weather was rainy here in Stuttgart this past weekend, but not in France. So we drove to Paris! 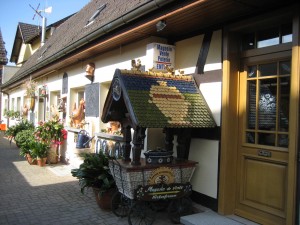 On our way, we made a quick stop in Soufflenheim, my favorite village in France, where they make the most wonderful French pottery! 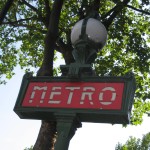 After arriving in Paris and checking into our hotel, we took a ride on the Metro. 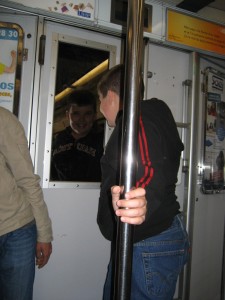 The boys thought this was an amazing adventure, of course. 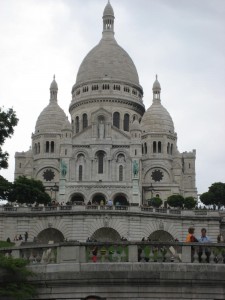 First stop? The Sacre Coeur and shopping in the fabulous textile district. 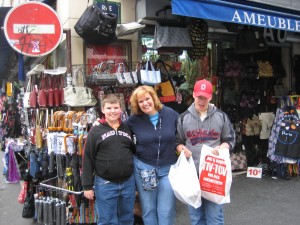 I found some exquisite tapestries, 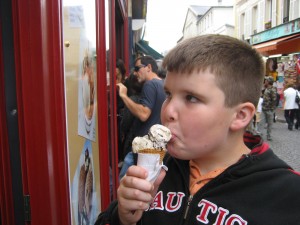 ….and the boys found ice cream! 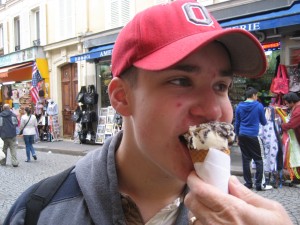 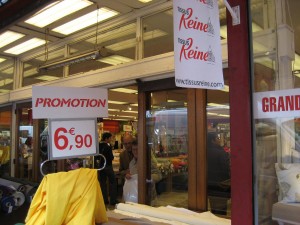 In this large fabric store in the heart of Paris, I got the most amazing thrill. 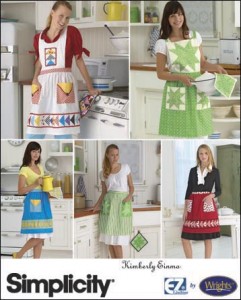 I found my very own Simplicity pattern # 2980 for sale! Unfortunately, the store manager wasn’t very hospitable and wouldn’t allow any photography in his store. 🙁   That’s ok. It’s enough for me just to have seen it in person, in Paris. 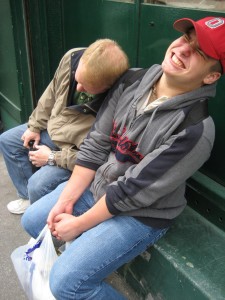 The guys waited (somewhat) patiently for me outside while I shopped. 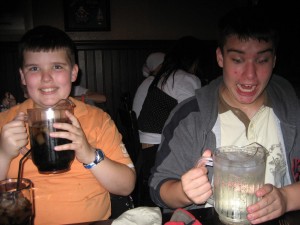 Then we found a great restaurant where the waiter treated our boys to extra jumbo sized sodas with LOTS of ice. Oh, pure bliss! 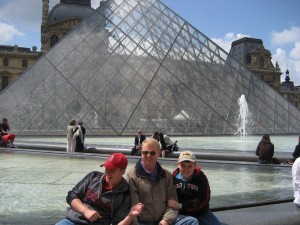 Next day, next stop….The Louvre. 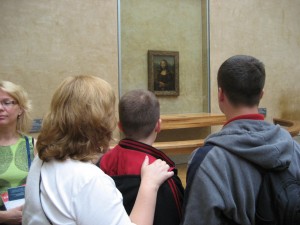 Naturally we had to see the Mona Lisa 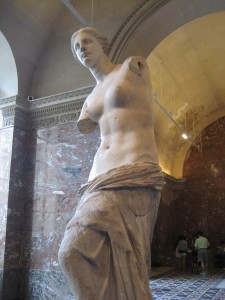 and the Venus de Milo. 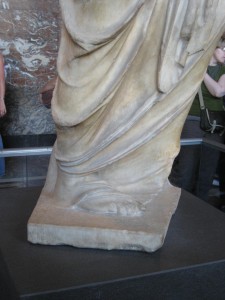 But did you ever notice how large her feet are? Josh pointed out this interesting and often overlooked fact to us. 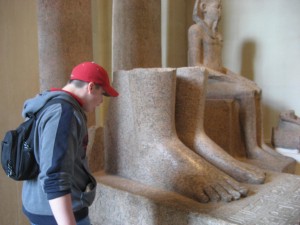 He was good at spotting large feet. 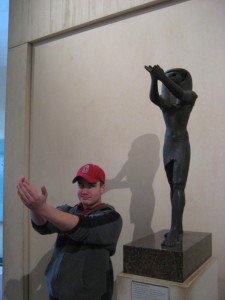 But what amazed us was the fact this young man was completely enthralled with the museum. He didn’t just like it; he loved it. The entire experience. When the rest of us were tired from all the walking….and I do mean really tired ….. Josh just kept on going. Like the Energizer Bunny. 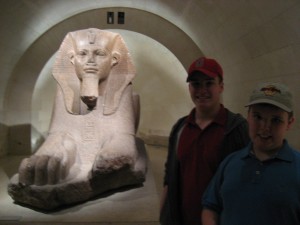 Personally, I think the word Louvre translates to labyrinth. 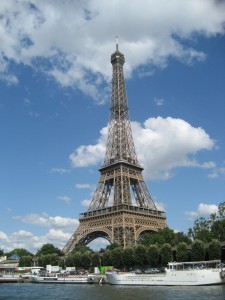 We took a cruise on the Seine River, and no trip to Paris would be complete without a stop at the Eiffel Tower! 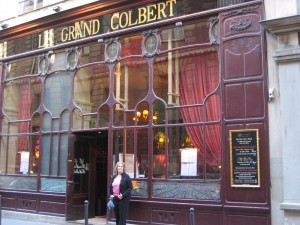 For dinner, we did something truly silly-but-fun; an ‘American tourist’ sort of thing. Did anyone see the movie a few years ago starring Diane Keaton and Jack Nicholson called Something’s Gotta Give? 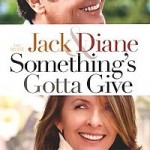 There is a scene in the movie where they have dinner at a restaurant in Paris called Le Grand Colbert. Well, ever since I saw the movie I’ve wanted to eat at that restaurant. 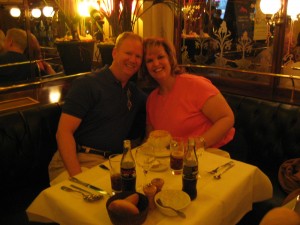 We sat directly across from the booth where Jack and Diane sat when they filmed the scene in the movie. But the best part was the food. It was out-of-this-world delicious! 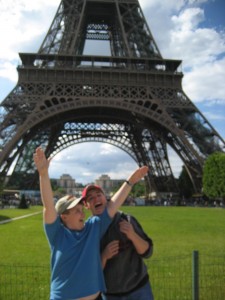 And it was such a fun, wonderful weekend. What a great way to end one chapter and begin a new one. I wonder what adventures are waiting just around the corner for us?