You might remember the cabin studio “make-over” we did last April. (If not, you can check it out HERE.) In July 2020, we gave the green light to our contractor to start renovating portions of our cabin including adding a laundry room and bathroom on the lower level where my studio is located and redoing our entire deck, which needed new anchors, supports and all new boards. In addition, we had large picture windows installed in the studio so I can see the beautiful views while sitting at my desk or sewing machine to sew. These renovations were pretty extensive and lasted until the second week of January when we finally finished! During those months between July and December the cabin became a construction zone and was unlivable during that time. Thank goodness everything is finally finished and we are able to stay here now while major renovations are ongoing in our home in South Bay LA due to the recent water pipe break.

Now that things are finally finished and settled in the cabin once again, I thought you might like to see some of the before and after photos of the laundry and bathroom. It’s funny; it may not seem like a big deal but the addition of these rooms, combined with the huge picture windows, make my studio space feel so different. It’s been a much needed and lovely transformation of space. All the hard word and sweat equity we did in conjunction with the contractor was worth it. Take a peek: 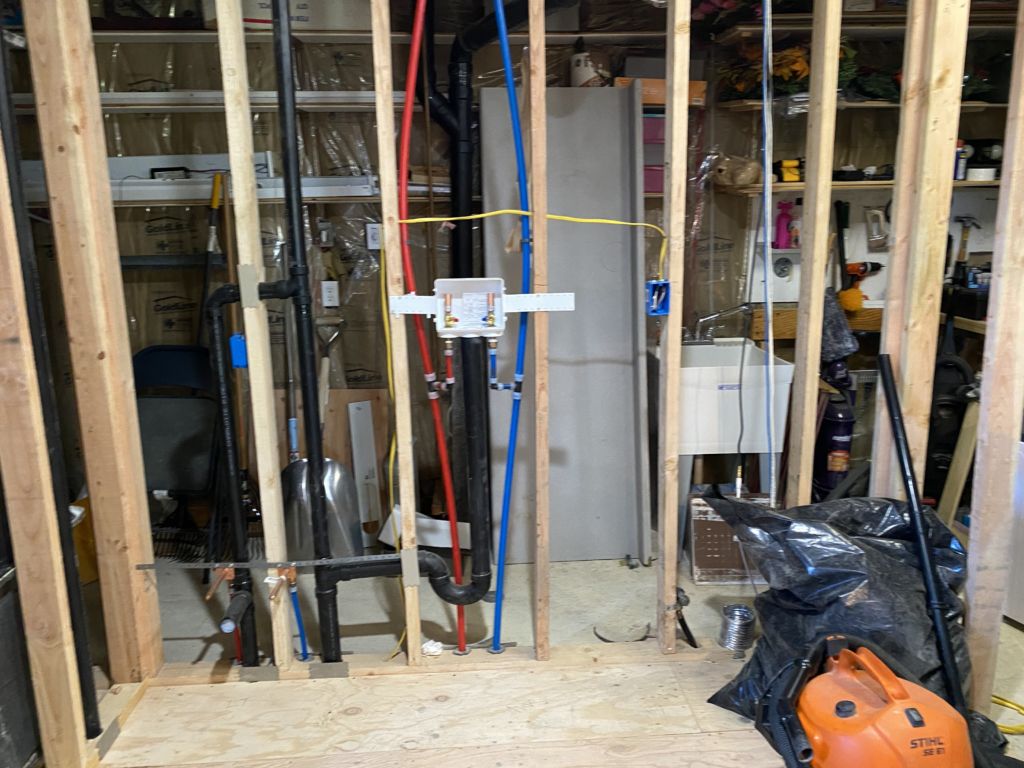 BEFORE. In October, after most of the deck was finished, they began to frame out the new rooms using the “dug out” space beneath the cabin. 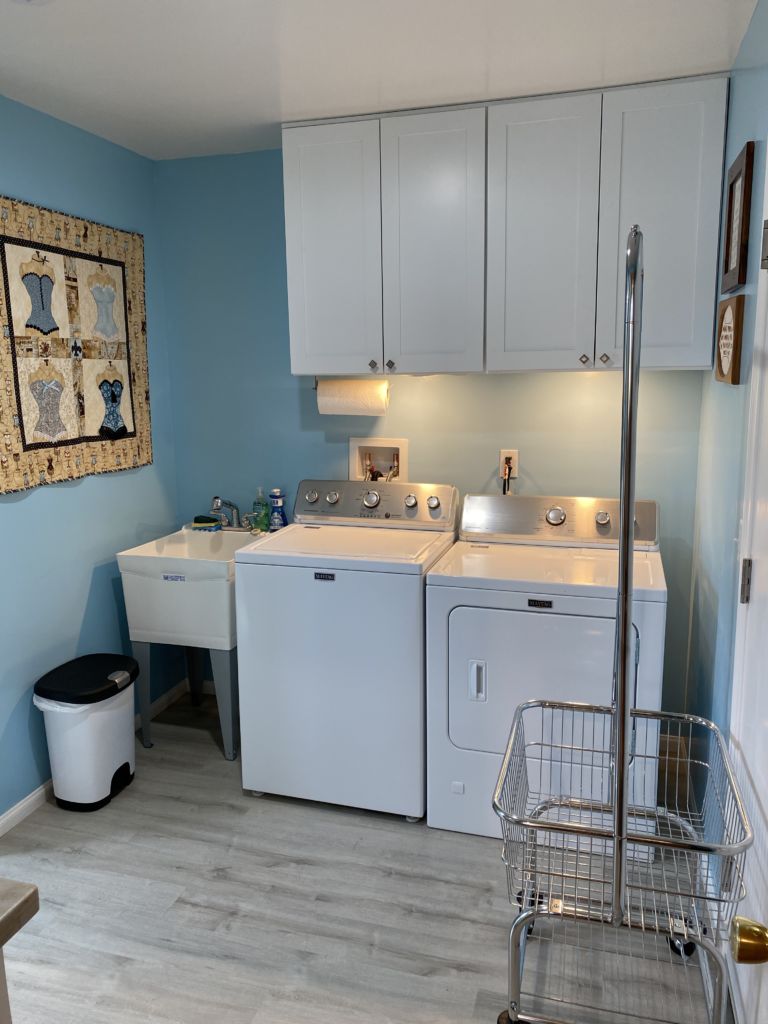 AFTER. Plenty of room for my washer and dryer and a utility tub and storage. 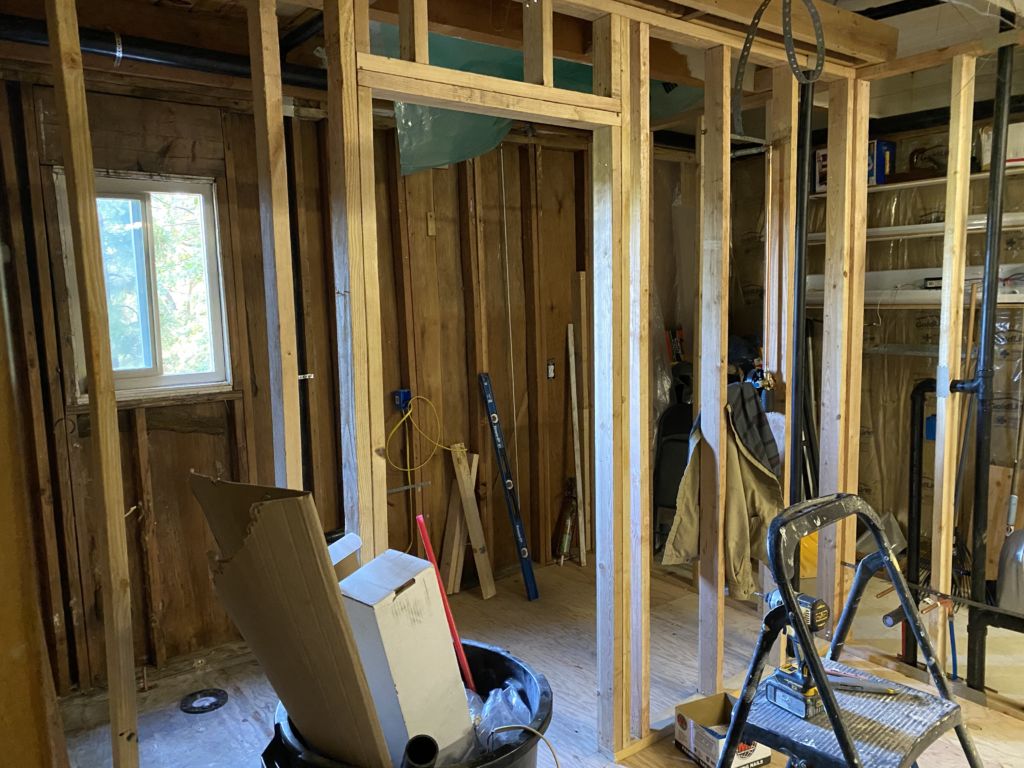 BEFORE. Looking into the space which would become the bathroom. 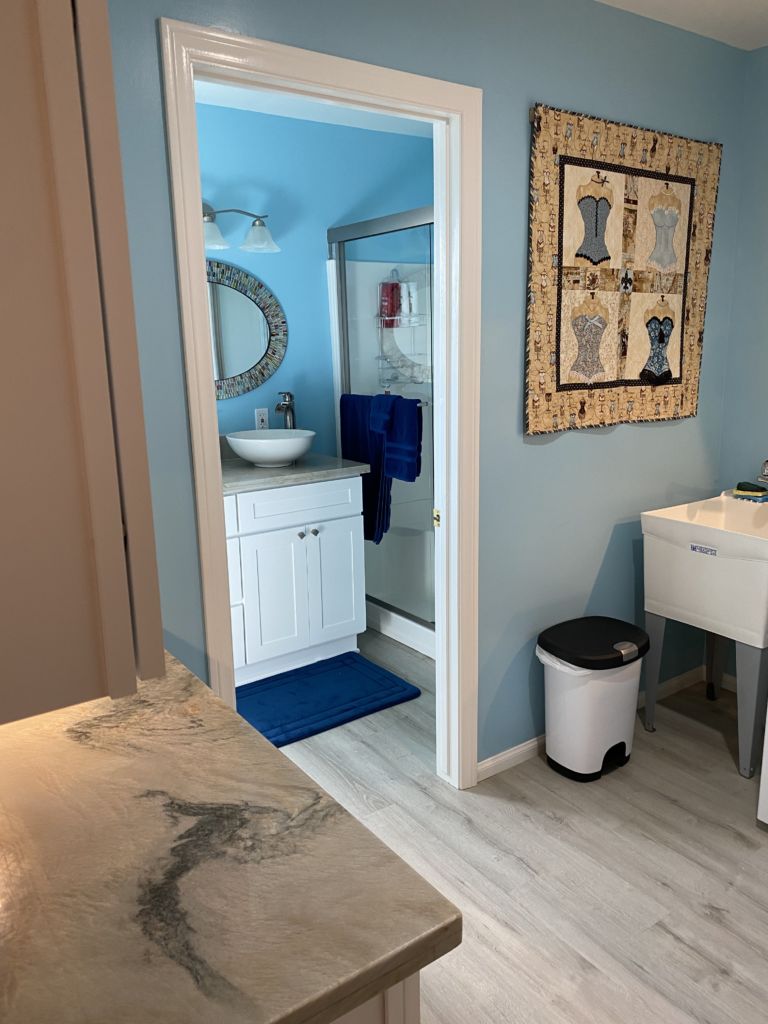 AFTER. The laundry room leads into the bathroom. 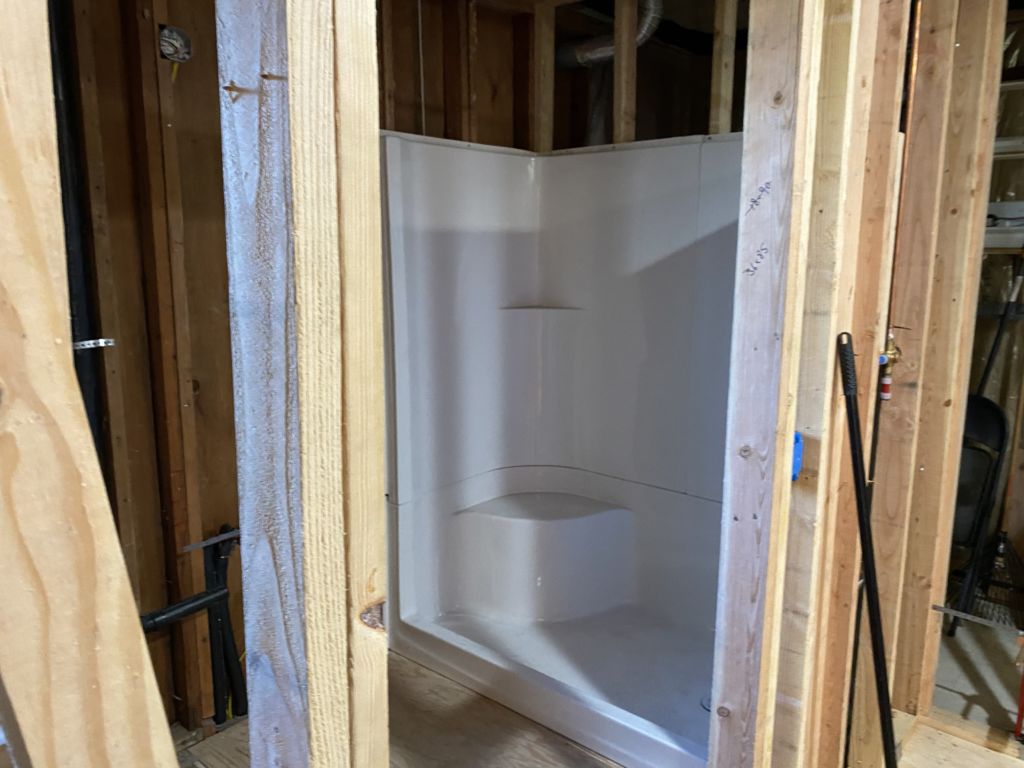 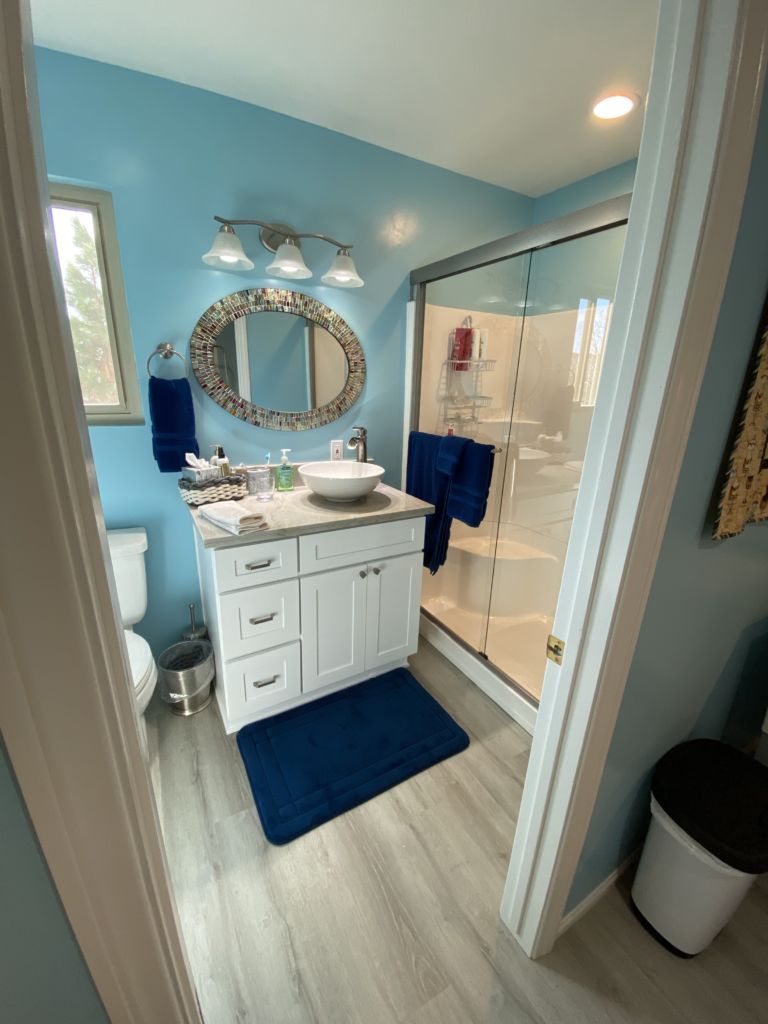 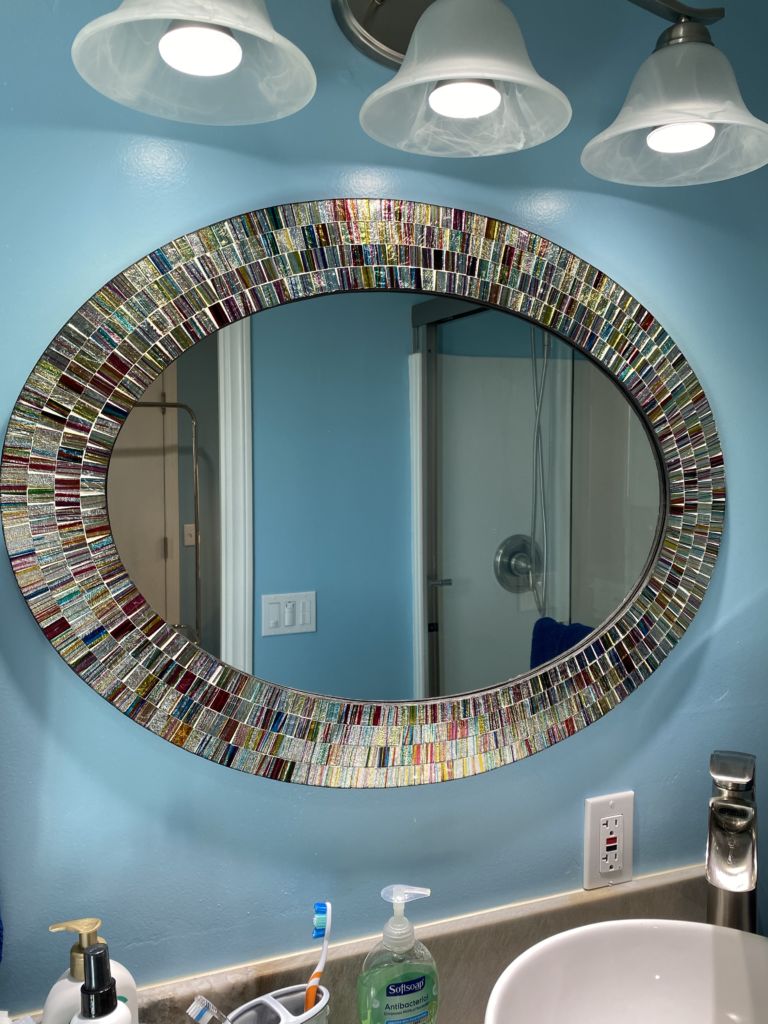 I was thrilled to find this pretty oval mirror with the mother-of-pearlized, multi-colored tiles. 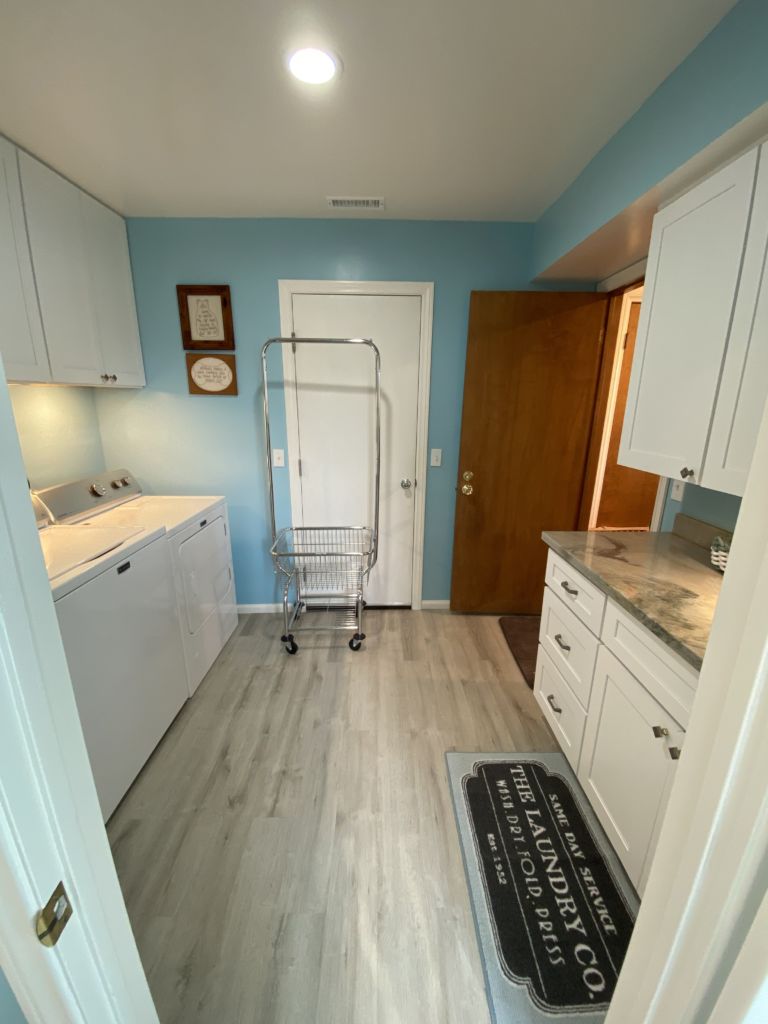 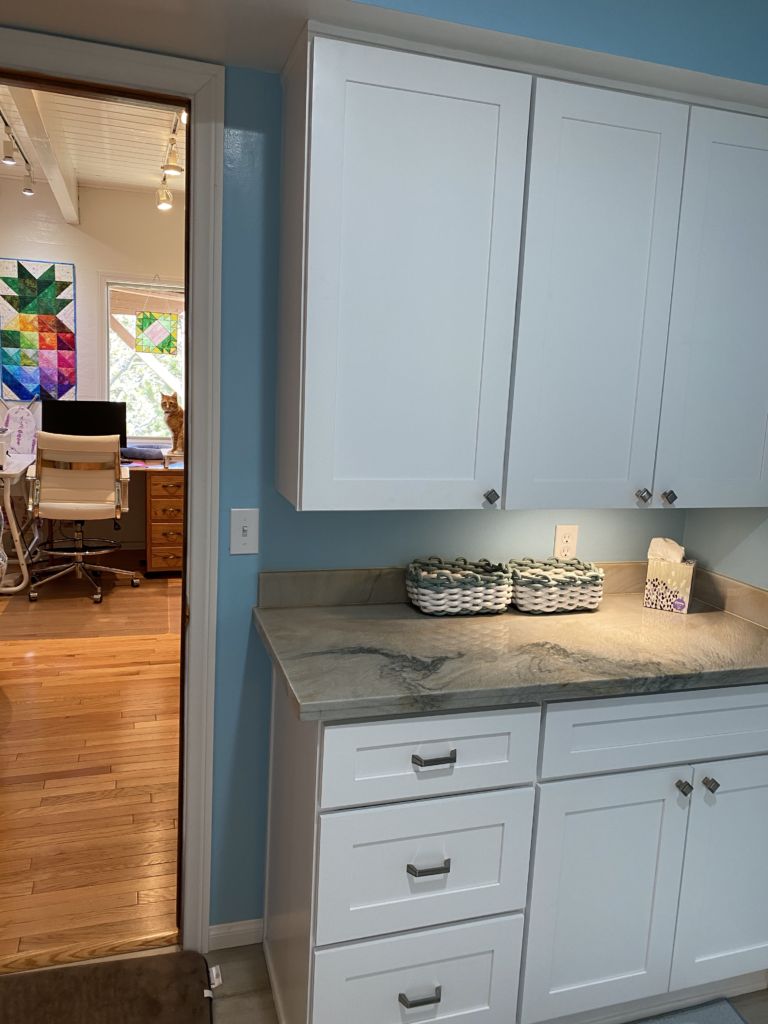 On the wall opposite the washer and dryer, there are more cupboards for additional storage space. 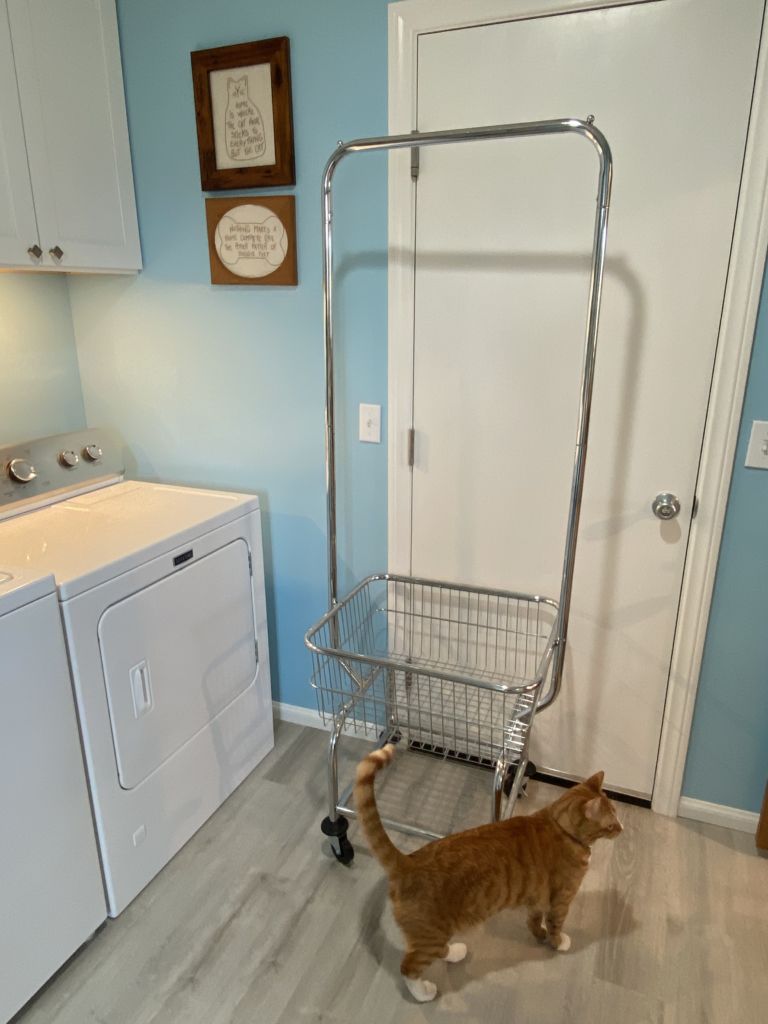 My favorite extra touches include this awesome laundromat-style clothes basket on wheels. It is fun and functional! 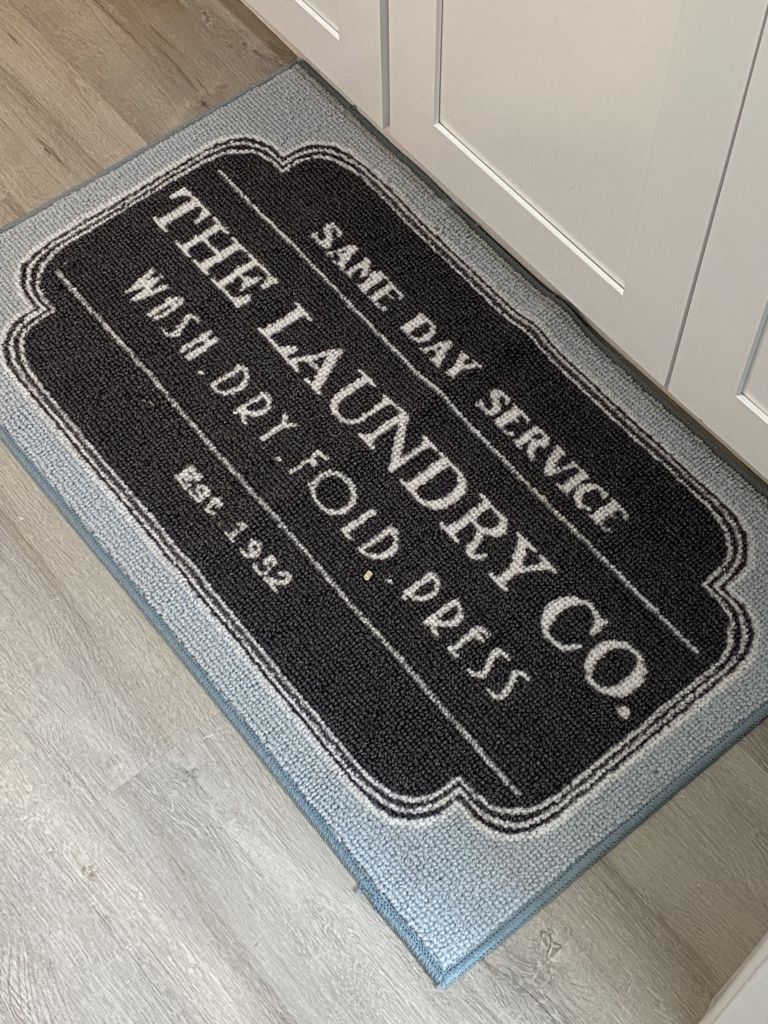 I spotted this cute rug at Bed, Bath and Beyond and knew it would be perfect for this space. 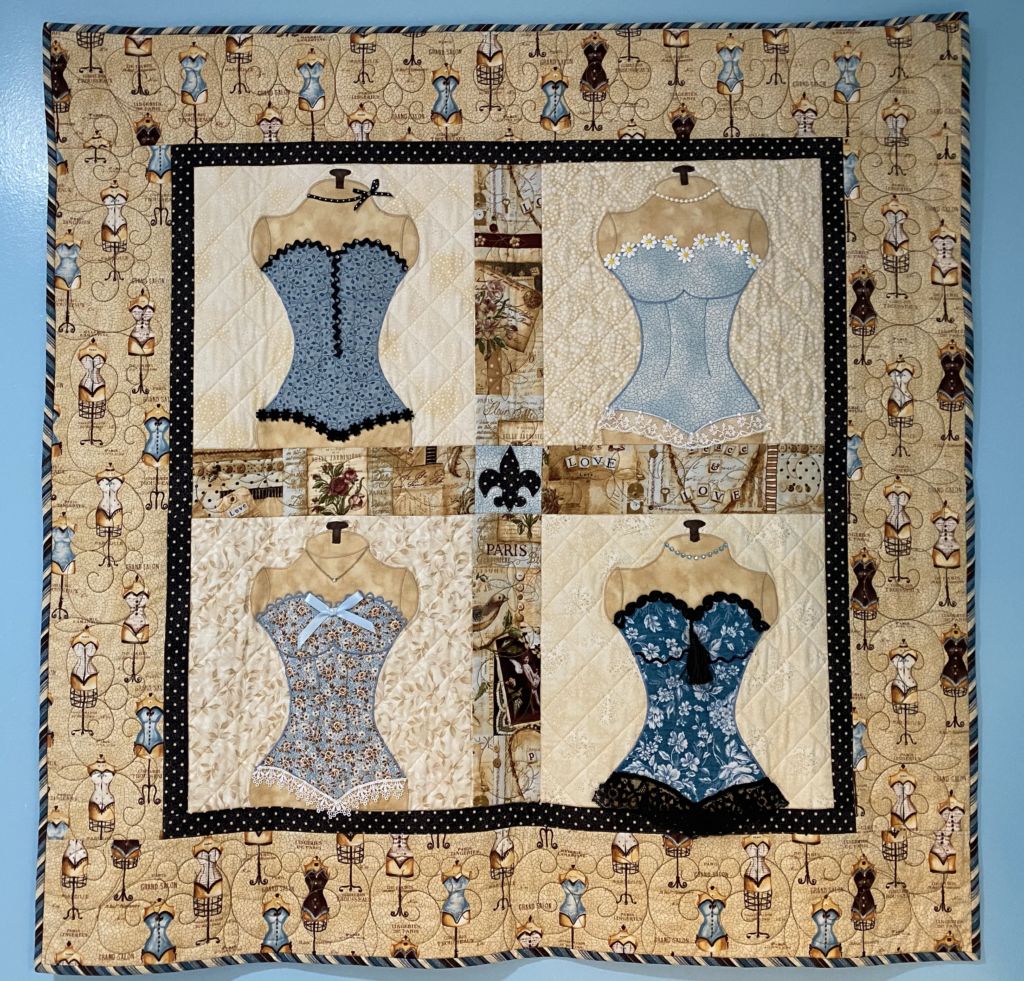 I love this small version of my “Ooh, La La!” quilt done in sultry blues for the perfect accent on the wall.

There’s lots of bright lights which makes the space feel light and airy.